Pakistan in a rapidly changing world

Pakistan in a rapidly changing world 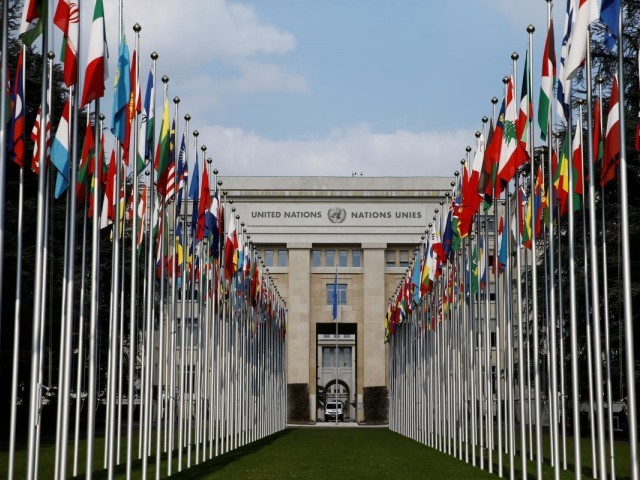 Changes in Pakistan’s external environment have pushed it towards seeking a closer alliance with China PHOTO: Reuters

Pakistan needs to come to terms with the rapidly changing world in which it will need to function. Some of the more important changes Islamabad must factor into the making of foreign policy are the result of thinking on global issues by Washington and Beijing.

According to the thinking in the Trump’s White House, America would only become great again by focusing on its own interests only. Not given to deep thought or reflection, some of what Trump did could not have been in America’s long-term interest. One guiding principle of Trump’s approach to the making of policy was to undo all Barack Obama had done in the eight years that the latter occupied the White House. For instance, the Trans-Pacific Partnership (TPP) agreement would have created a trading system that would have given enormous advantage to American corporations. Trump also got involved on the wrong side of the Middle East equation and left the Afghan issue in the lap of the generals. He had repeatedly threatened to move out of the deal Obama had reached with Tehran on the issue of the latter suspending the work on developing nuclear weapons. And, he changed his approach to China.

Among some of the first acts by Trump when he took up residence in the White House, was the US withdrawal from the TPP, banning of entry into the country of the citizens from seven Muslim-majority countries, exertion of pressure on the members of the Nato alliance to increase their defence expenditures, attempts to persuade China to have North Korea pull back from the further development of nuclear weapons and missile systems for delivering them, threat to walk out of the nuclear deal president Barack Obama had signed with Iran along with five other large powers and encouraging Saudi Arabia to be more assertive in the Middle East.

The new policy stance also showed a strong preference for remilitarising the approach towards Afghanistan. President Trump, unlike his predecessor Barack Obama, has given to the Pentagon the responsibility for deciding the troop level the United States needs to maintain in Afghanistan. But Afghanistan continued to descend into chaos. It was reported recently in the American press, that more people were killed in the first three months of 2018 than in the same period last year. The American generals have admitted that the 16-year war is not being won. In his appearance before the Senate Armed Forces Committee, Defence Chief (retd) General Jim Mattis accepted that “the Taliban had a good year last year, and they’re trying to have a good one this year.”

But Afghanistan was not the only Pakistani neighbour that was changing. The country’s four neighbours were engaged in making adjustments to their rapidly changing external environment. Some of the change Pakistan needed to make is the consequence of China’s impressive economic rise. It is now the world’s second-largest economy on the way to becoming the largest. The largest of course is the United States but since its rate of economic expansion is less than one-half that of China, it is likely to lose its place at the top of the economic league in the next decade or two.

The other reason for change is the needed reaction to Donald Trump’s view of the world. He has moved away from the position his country carved out for itself in the global order it helped create after the end of the Second World War and the Cold War. ‘Globalisation’ was the most important building block of this order. It implied relatively free flow of goods, capital and information. It had also reduced some of the most egregious obstacles to the movement of people across international borders. And it left most of the important policymaking that affected the world at large to the formulation of consensus within international institutions that Washington dominated.

Changes in Pakistan’s external environment have pushed it towards seeking a closer alliance with China. In a study prepared for a Washington-based think tank, Shirin Tahir-Kheli, former United States ambassador to the United Nations, and I concluded that Islamabad should give a clear message to Washington that while in the past it might have relied heavily on Washington’s financial assistance, that is no longer the case. Now, in China, Pakistan has a more reliable source for the needed capital. In the three periods when Washington was deeply engaged with Pakistan, capital inflows helped the country achieve high rates of economic growth. But Washington came into the country for its own reasons and left, often abruptly, when it no longer needed Pakistan. But China has long-term interests in the geographic space of which Pakistan is a part. The Chinese approach to the outside is sometimes referred to as ‘geo-economics’. This implies the use of economic instruments to achieve geopolitical goals. Robert Blackwill and Jennifer Harris explored the concept in their 2016 book, War by Other Means: Geoeconomics and Statecraft calling China “the world’s leading practitioner of geo-economics, but it has also been perhaps the major factor in returning regional and global power projection back to an importantly economic (as opposed to political-military) exercise.”

What is, therefore, required is some deep thought by Islamabad to where we are today, where we should be headed and how we need to get there. It could be argued that these questions should be left to be answered by the administration that will take office after the coming elections. But things are moving fast on the external front and the country can’t afford to wait long to develop its approach.

What rules: man or machine?