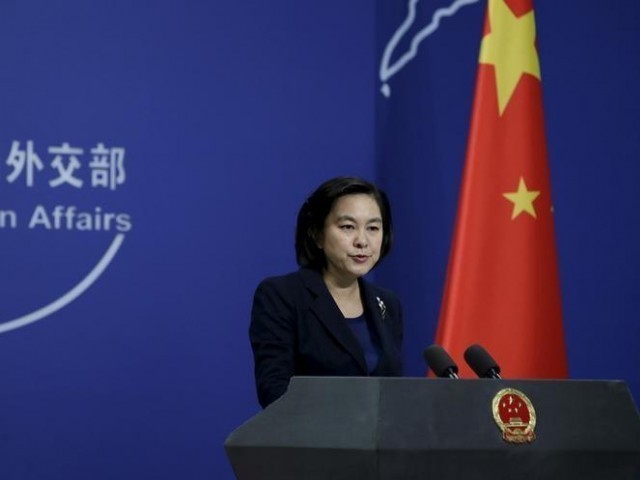 Days after Indian Prime Minister Narendra Modi referred to Pakistan as a “terror export factory”, China came to its all-weather friend’s support, urging the international community to back the country in its counterterrorism efforts.

“We hope that the international community will lend active support to Pakistan’s counterterrorism efforts and continue to work with Pakistan to conduct effective cooperation in fighting terrorism,” China’s foreign ministry spokesperson Hua Chunying said during her regular media briefing on Friday.

“Terrorism is the common enemy of the international community, which calls for stronger cooperation through concerted efforts by all parties,” she added when asked about her comment on Modi’s ‘export factory of terrorism’ remarks on Pakistan.

Addressing an event in London earlier this week, the Indian premier had reportedly said, “We will not tolerate those who like to export terror. We will give back strong answers and in the language they understand. Terrorism will never be accepted.

“When someone has put a terror export factory in place, attacks my people, has no power to fight a war so attempts to attack behind the back… in such a case Modi knows how give a reply in the same language,” he was quoted as saying by The Times of India.

Commenting on Shanghai Cooperation Organisation (SCO) foreign ministers’ meeting scheduled for Monday in Beijing, Chunying said, “It is the purpose of the SCO to uphold regional security and stability and promote the common development and prosperity of its member states. Since its inception, the SCO has always taken security as a priority for cooperation.”

She said Monday’s meeting will be an occasion to exchange views on across-the-board cooperation and major international and regional issues.

“We hope and believe that all parties will take this meeting as an opportunity to carry forward the Shanghai Spirit, consolidate good neighbourliness, solidarity and mutual trust and build up cooperation consensus with a view to promoting new progress of the SCO.”