Over 10,000 packet­s of Pinni Prasha­d have been prepar­ed in Lahore’s Gurdwa­ra Dera Sahab
By Asif Mehmood
Published: April 20, 2018
Tweet Email 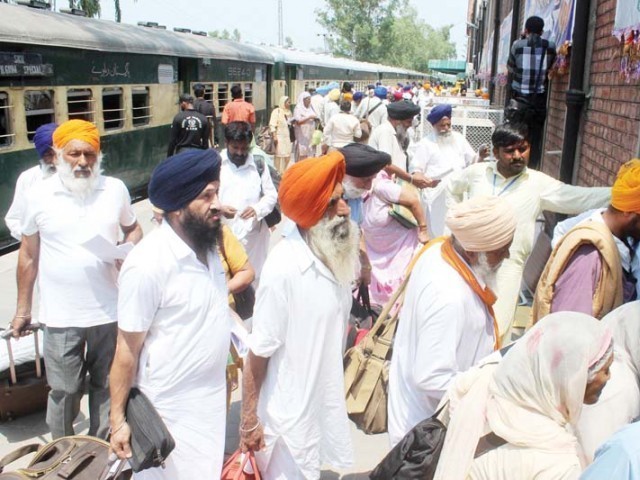 Sikh pilgrims from across the globe, including India, who arrived in Pakistan to commemorate Besakhi Mela and Khalsa’s birthday, will be given specially prepared prashad and Amrat Jal on their departure.

Over 10,000 packets of pinni prashad have been prepared in Lahore’s Gurdwara Dera Sahab. The Sikh pilgrims consider pinni prashad a sacred gift to take back to their homeland.

Sardar Bhushan Singh, the pinni prashad manufacturing in-charge in Pakistan said that pinni prashad and Amrat Jal hold the same significance for Sikhs as Aab-e-Zamzam does for Muslim.

“Scores of Sikh pilgrim from across the world come to the Golden Temple where they are given prashad halwa. Sikhs believe it to be good for health. Since preserving halwa for long is difficult, hence pinni prashad is prepared,” shared Amritsar Golden temple manager Rajendra Singh Ruby.

Bhushan elaborated that pinni prashad is usually prepared during the wheat harvesting season. Semolina is added either to the sattu, wheat or ordinary flour.

“Wheat flour is heated in a big wok and then desi ghee is added to it. When the ghee is absorbed, then refined crushed sugar is added to the wheat flour mix. In addition to it, fennel seeds and thinly sliced almonds are mixed and crushed when dry. This pinni prashad can be eaten for several months,” he added.

“After the Golden Temple, the Pinni Prashad made in Pakistan is the most favourite across the globe.”