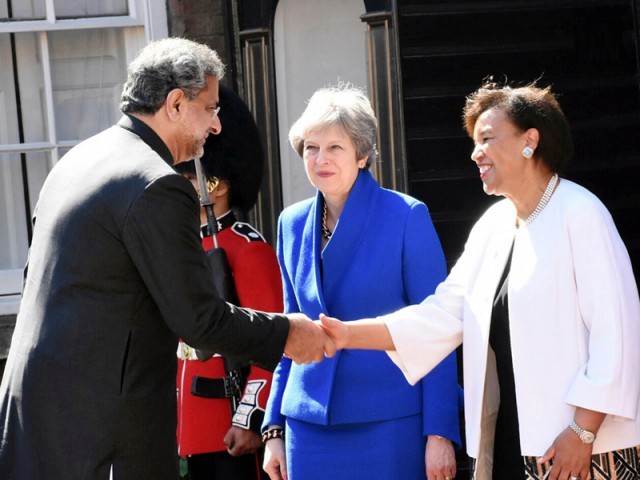 Prime Minister Shahid Khaqan Abbasi has stressed the need to ensure justice for the oppressed, Radio Pakistan reported on Friday.

Over interactions with various leaders on the sidelines of the Commonwealth summit, the premier said peace would remain elusive till fundamental freedoms were guaranteed and disputes resolved.

The prime minister also cautioned against the twin perils of politicising issues and trading blame. This, he said, would not help eradicate terrorism.

He also spoke about the importance of strengthening trade and investment, terming the China-Pakistan Economic Corridor (CPEC) a model for local and regional prosperity. The prime minister stressed the importance of equitable trading relationships.