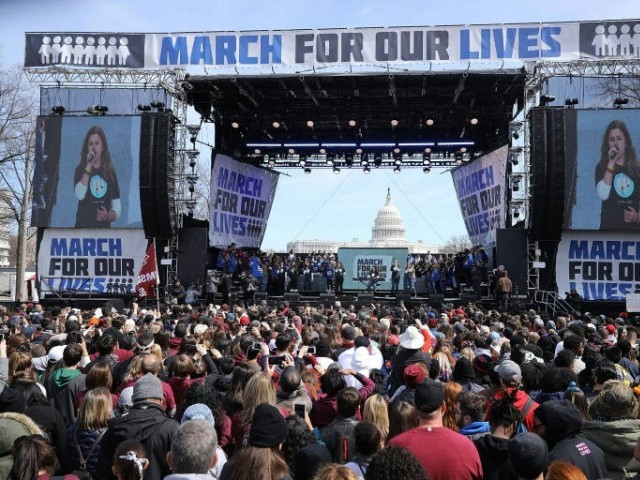 WASHINGTON: Mass shootings at US schools are rising rapidly, killing more people in the last 18 years than in the entire 20th century, said a study on Thursday.

The report in the Journal of Child and Family Studies tallied mass shootings — events when at least one shooter intentionally killed or injured at least four others — and death tolls at US schools for children and teens aged five to 18, going back to 1940.

The study excluded gang shootings and any shootings that occurred at universities.

“The United States had no mass school shootings that fit our criteria until 1940, when a junior high school principal killed the superintendent, the high school principal, the district business manager, and two teachers, before attempting suicide, because he thought he was going to be fired at the end of the school year,” said the report.

Researchers found no mass school shootings in the 1950s and 1960s, followed by “a steady increase beginning with a school shooting in 1979 orchestrated by a 16-year-old female with mental health issues who began shooting at an elementary school, killing two adults and injuring eight students and one adult,” it said.

Since then, the 1990s were a peak period when 36 people were killed in 13 gun rampages, said the report.

“In less than 18 years, we have already seen more deaths related to school shootings than in the whole 20th century,” said lead author Antonis Katsiyannis of Clemson University.

“One alarming trend is that the overwhelming majority of 21st-century shooters were adolescents, suggesting that it is now easier for them to access guns, and that they more frequently suffer from mental health issues or limited conflict resolution skills.”

Sixty per cent of mass school shootings in the United States in the 20th century were perpetrated by adolescents, aged 11-18.

So far this century, 77 per cent of the mass school shootings have been carried out by adolescents.

The study cautioned that the death tolls and number of shootings offered no clear link to “more adolescent problems or high-powered weapons as a causality,” but said “the trends must be noted.”

US gun violence is an “epidemic that must be addressed,” concluded the study, urging expanded background checks, a ban on assault weapons, and expanded support for addressing mental health issues.

School shootings comprise just a fraction of the more than 30,000 gun-related deaths annually in the United States.