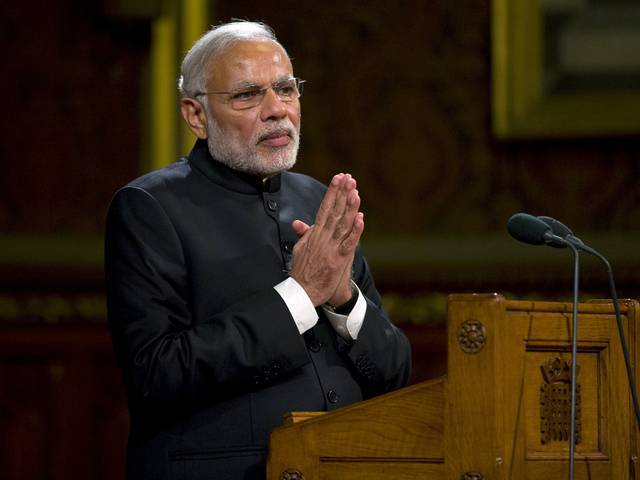 Indian Prime Minister Narendra Modi. PHOTO: REUTERS/FILE
In the wake of a spate of brutal rape cases in India their Prime Minister Narendra Modi on Wednesday weighed in on the pervasive issue of sexual violence saying that 'rape is rape" and "question your sons", according to CNN.
The comments come amid stinging criticism from India's former leader over Modi's alleged mishandling of the issue, following a string of particularly brutal rape cases which shocked the nation and triggered nationwide protests.

Modi, who is currently  visiting the UK, made the remarks during an address to selected members of the Indian-diaspora in London.

Around 100 sexual assaults are reported to police in India every day, according to the National Crime Records Bureau.

"Any time a small girl is sexually assaulted, it is painful for all us," Modi said in London.

"But can we compare the number of rapes in different governments? We can't say there were this many rapes in our government and that many in yours. There cannot be a worse way to deal with this issue," he added.

Fallout from recent cases, including two alleged unrelated attacks on girls aged 16 and eight, is threatening to overshadow Modi's visit to the UK.

On Wednesday, hundreds of protesters gathered outside Downing Street and the British Parliament, waving placards reading "go home Modi" and "hang the rapists" as the premier prepared to meet his British counterpart Theresa May. 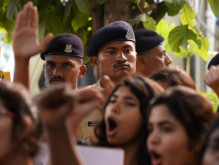 Police arrest pair over rape of mentally-challenged woman in India 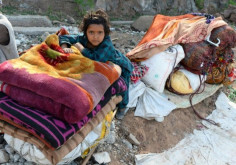 neat | 2 years ago | Reply | Recommend Indians, esp hindus were always racist. Rape is a means to control the powerless; women, muslims, dalit etc
Replying to X
Saved ! Your comment will be displayed after the approval.
Error !
Error! Invalid Email.