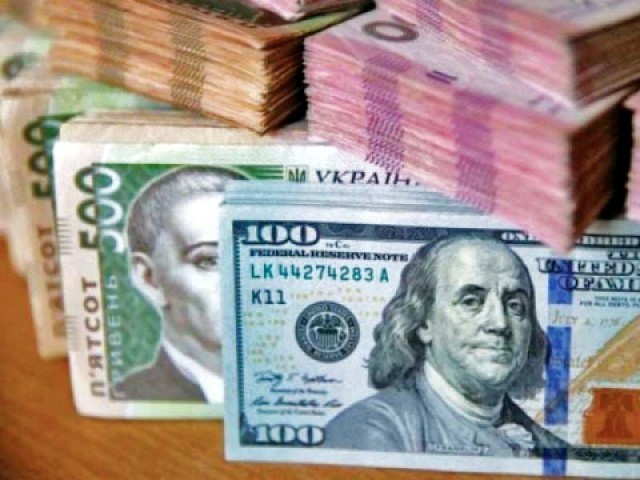 There are three key reasons for the high debt ratio, which include about 10% depreciation of the rupee against the US dollar, higher-than-projected budget deficit and increasing cost of debt servicing. PHOTO: FILE

ISLAMABAD: Pakistan’s public debt in terms of total size of the economy is estimated to jump to a 15-year high of 70.1% by the end of PML-N government’s tenure, exposing the country to many risks and giving less room for human development spending.

The Ministry of Finance finally acknowledged before the federal cabinet on Tuesday that the public debt-to-gross domestic product (GDP) ratio was estimated to peak at 70.1% by the end of fiscal year 2017-18 in June.

The high ratio violates the Fiscal Responsibility and Debt Limitation (FRDL) Act of 2005.

Finance Secretary Arif Ahmad Khan gave a briefing on broader contours of the economy and the budget including the debt situation. In absolute terms, the public debt, which is a direct obligation of the finance ministry, will be Rs24 trillion by the end of June 2018.

This is the result of an expansionary fiscal policy, narrow tax base, failure to enhance exports and attract adequate foreign direct investment. Even Prime Minister Shahid Khaqan Abbasi had to say in the cabinet meeting that loans were not an alternative to sustained revenue and income streams.

However, borrowing has remained the most preferred choice for the PML-N during its five-year tenure that is ending in around one and a half month.

The 70.1% ratio was 8.7 percentage points or roughly Rs2.9-trillion higher than the level that former finance minister Ishaq Dar had vowed to achieve by June 2018. While presenting his last budget, Dar had committed to lowering the debt ratio to 61.4% by June 2018.

In response to the worsening debt situation, a comprehensive debt burden reduction and management strategy was designed in 2001 with a view to bringing it within sustainable limits. This strategy, together with favourable macroeconomic developments, became effective in reducing the debt burden to below 60% of GDP during the tenure of General Pervez Musharraf.

Pakistan also got a major respite in 2002 when the Paris Club rescheduled the country’s external debt of $12.5 billion in return for becoming a frontline state in the war on terrorism.

Dar had twice amended the FRDL Act of 2005 to change goalposts after the debt kept on piling.

During the cabinet meeting, Special Assistant to Prime Minister on Revenue Haroon Akhtar Khan said deterioration of the debt situation had spoiled the government’s good story about the economy, cabinet sources told The Express Tribune.

Owing to the growing debt burden, in the next fiscal year the federal government will spend Rs1.607 trillion or 30.7% of its budget on debt servicing, which will provide little room for development spending.

There were three key reasons for the high ratio which included about 10% depreciation of the rupee against the US dollar, higher-than-projected budget deficit and increasing cost of debt servicing, according to sources in the finance ministry.

Parliament had approved a budget deficit target of Rs1.479 trillion or 4.1% of GDP for the current fiscal year. But the finance ministry told the cabinet on Tuesday that the deficit would increase to Rs1.9 trillion or 5.5% of GDP.

Debt servicing cost will also go up to Rs1.436 trillion during the outgoing fiscal year against the budgeted Rs1.363 trillion.

For the next fiscal year, the cabinet has approved a lower debt-to-GDP ratio of 67.6%.

Government’s borrowing from the State Bank of Pakistan (SBP) for deficit financing has again crossed Rs1 trillion for the second consecutive year.

“The SBP has become complacent in distorting the debt market,” wrote former finance secretary Dr Waqar Masood Khan in a newspaper. He lashed out at the central bank for providing loans for budget financing.

“Nowhere do we hear SBP’s protests or warnings to the government for such unbridled access to financing,” he said, adding, “the whole situation is in violation of Section 9C of the State Bank Act 1956, which was previously considered by the SBP as life and death issues for its sovereignty and integrity of the financing system.”