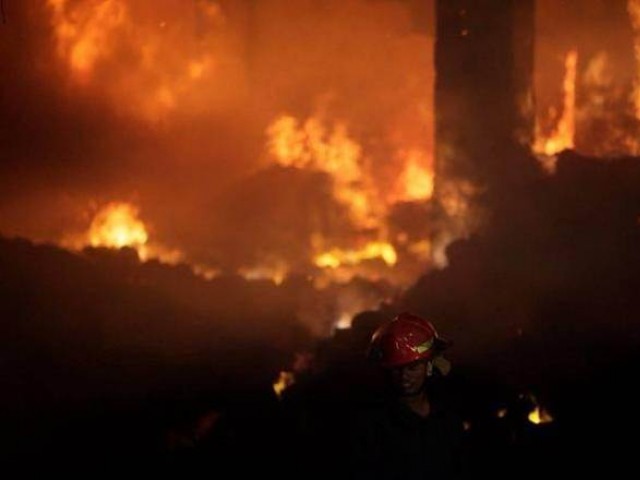 KARACHI: Two children died on Wednesday in a fire that broke out in a slum area within the limits of the Gulistan-e-Jauhar police station.

The fire erupted in a shanty town located in Gulistan-e-Jauhar’s Block I. Upon receiving information about the fire, the fire brigade department dispatched several fire tenders to the site. As many as four fire tenders participated in the extinguishing work and took at least two hours to douse the fire, which gutted over a dozen shacks.

After the fire was extinguished, the bodies of two children were found who were identified as two-year-old Rashid Ali and three-year-old Yousaf Nazuk. According to the police, both children were burnt alive during the fire. The bodies were handed over to the families after the completion of legal formalities.

According to the police, families of the deceased children hailed from Rahim Yar Khan and had been residing in Karachi for the last few years.

The cause of the fire has yet to be ascertained, said a fire brigade spokesperson. Home Minister Sohail Anwar Siyal took notice of the incident and directed the East SSP to conduct an inquiry into the fire and shift the affected families to a safer place. Further investigations are under way.