The ruling AKP and MHP to strike an electo­ral allian­ce
By Reuters
Published: April 17, 2018
Tweet Email 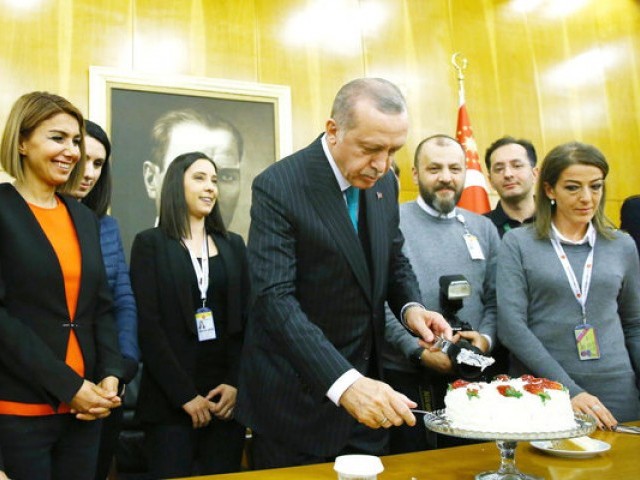 ANKARA: Expected changes to the Turkish constitution will be fully implemented with the presidential elections scheduled for November 2019, President Tayyip Erdogan said on Tuesday, in an apparent response to a suggestion for early polls.

Turks narrowly backed a constitutional change last year to
change the constitution and grant Erdogan sweeping powers. The changes are due to become effective in the next elections.

Turkish President Tayyip Erdogan said on Tuesday he would meet with the head of the MHP, after Devlet Bahceli floated the prospect of an early election.

Bahceli suggested the presidential election, scheduled for November 2019, could be brought forward to August this year. The ruling Justice and Development Party and the MHP will enter the next elections under an electoral alliance. Erdogan said he would meet with Bahceli on Wednesday.

Germany can mediate with Moscow over Syria, foreign minister says