Tayyaba torture case: Judge, wife get one year in jail

Tayyaba torture case: Judge, wife get one year in jail 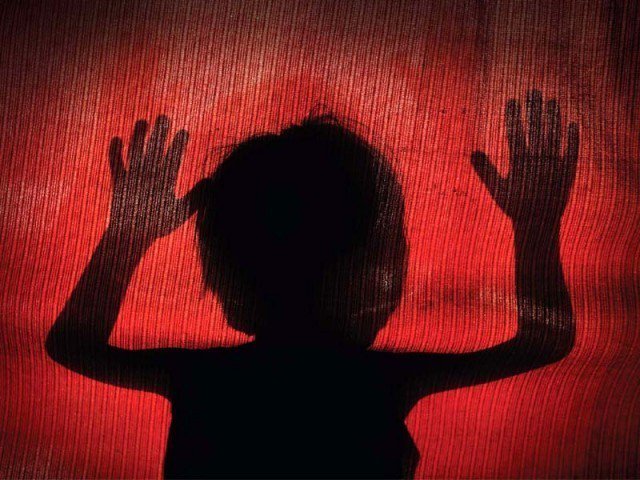 ISLAMABAD: The Islamabad High Court on Tuesday held additional district and sessions judge (ADSJ) Raja Khurram Ali Khan and his wife Maheen Zafar guilty of harming, neglecting and abandoning their juvenile housemaid, Tayyaba, employed at the judge’s residence in the capital. The case had grabbed the country’s attention in December 2016.

Justice Aamer Farooq sentenced Khan and his wife to one year in jail each and also imposed fines of Rs50,000 each on them under Section 328-A of the Pakistan Penal Code (PPC) in the minor housemaid’s case.

The two convicts, however, could not be arrested as they obtained bail a couple of hours after their conviction against surety bonds of Rs50,000 each. Before the pronouncement of the judgment, the accused were also on bail.

The court order stated that the accused shall be arrested immediately to serve the sentence but the convicted judge remained inside the courtroom to avoid arrest. The courtroom was packed with lawyers when Justice Farooq took up the bail plea later on and, subsequently, granted bail.

Justice Farooq in the judgment said the prosecution had been able to prove the charge under Section 328-A of PPC. “Hence the accused persons Maheen Zafar and Raja Khurram Ali Khan both are jointly responsible for it and are accordingly convicted,” the order read.

“Khan and Zafar are punished with imprisonment of one-year simple imprisonment with a fine of Rupees 50,000 each and in default to serve one-month imprisonment,” the judgment read. They were acquitted of other charges.

Section 328-A of the PPC states that whoever willfully assaults, ill-treats, neglects, abandons or does an act of omission or commission, that results in or has, potential to harm or injure the child by causing physical or psychological injury to him shall be punished with imprisonment of either description for a term which shall not be less than one year and may extend up to three years, or with fine which shall not be less thanRs25,000 and may extend up to Rs50,000, or with both.

“Both the accused have admitted that Tayyaba was working as a maid at their house and was thus in their care,” Justice Farooq stated, adding that “Khan, being the head of the family, and Zafar, being responsible for the daily domestic affairs, were jointly responsible for looking after and taking care of the child.”

Justice Farooq noted that the accused’s statement that the media hype around the incident made the FIR inconsequential,

but added, “The evidence … tendered by the parties clearly shows that the accused persons neglected or wilfully harmed and abandoned Tayyaba, which resulted in harm to her or had the potential of causing harm, hence committing the offence as charged and the prosecution has proved the same beyond any shadow of doubt,” the judgment read.

The court examined 16 witnesses in all. In addition, the prosecution also submitted various documents and articles in evidence. The accused also produced documentary evidence by way of various orders which were passed by Raja Khurram Ali Khan as ADSJ.

Islamabad Advocate General Tariq Mehmood Jahangiri had argued that the accused persons used to beat up the minor and abandoned her by failing to take care of her by providing food and proper clothing. He further contended that the medical report fully corroborates the ocular account that the child maid received injuries which squarely fall under Sections 337-A (i) and 337-F (i) of the PPC.

The counsels for the accused – Raja Muhammad Farooq, Raja Rizwan Abbasi and Sohail Akhtar – contended that the complaint on the basis of which FIR was registered was not signed by the child and, therefore, the FIR registered had no sanctity under the law.

It was further submitted that the alleged occurrence was unseen inasmuch as no witness had deposed that the accused persons caused injuries to the girl. It was contended that the case against the accused persons was based on mala fide and ulterior motives at the behest of the person against whom Khan had passed various orders and judgments while adjudicating matters as a judge in the capital.