Men will not be allowe­d to enter withou­t famili­es
By Our Correspondent
Published: April 17, 2018
Tweet Email 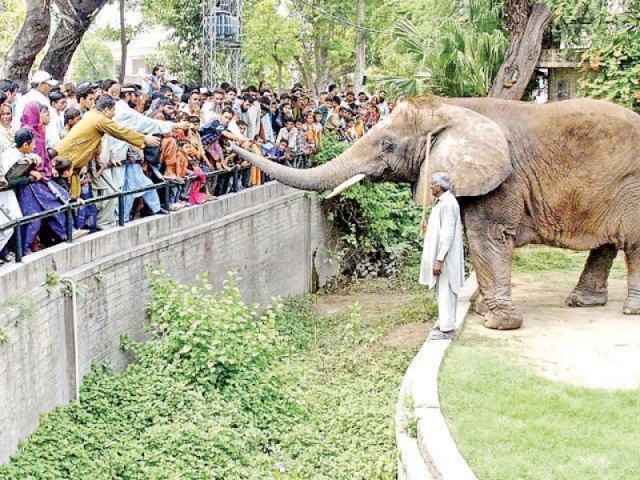 LAHORE: In a recent move, the Lahore Zoo administration has imposed a ban on the entry of men without families into the zoo premises. Under the directives, men who visit the zoo alone or with other male friends are not allowed entry at any cost.

Only families are granted entrance permission to the zoo. While the ban has left visitors without families sad and disappointed, the news has provided a sigh of relief to many.

When The Express Tribune spoke to some families, they rejoiced over the ability to freely roam the zoo.

The locals said that it was a good decision by the administration as no one would stare at them or speak in harsh tones.

Lahore Zoo Director Hasan Sukhera told The Express Tribune that these measures were taken after complaints by many families. “This ban will not remain in effect for long. After a few days, all the citizens will be granted entry into the zoo,” he added.

“Security concerns are also among the reasons for imposing this restriction. However, it would be inappropriate to highlight them,” he pointed out.

This initiative will affect the revenue generation of the zoo.  Meanwhile, parking outside the zoo has been restricted, while strict security arrangements have been put in place.