Who asked you for party ticket, Nisar asks Maryam

Who asked you for party ticket, Nisar asks Maryam 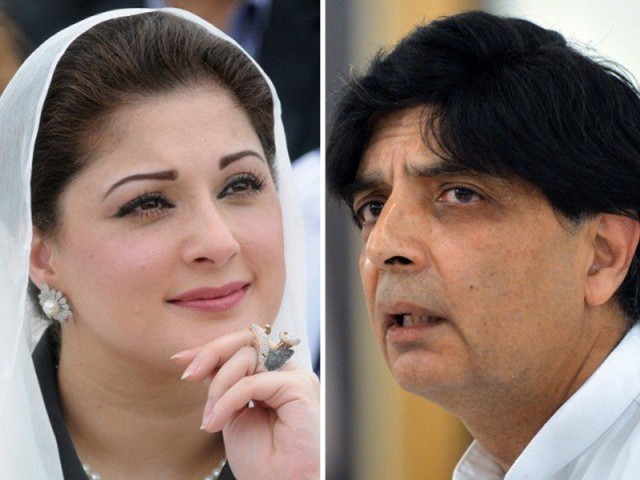 ISLAMABAD: Former interior minister Chaudhry Nisar Ali Khan dispelled the impression that he would join the Pakistan Tehreek-e-Insaf, besides lashing out at certain leaders of his fragmented party.

Nisar strongly reacted to a recent statement from Maryam Nawaz that it was Nawaz Sharif’s prerogative to award party ticket to Chaudhry Nisar, adding that she had no authority over the matter.

“Who asked for the ticket?” said Nisar on Saturday in reaction to Maryam’s statement. “It seems like giving me a [party] ticket is the biggest problem of the upcoming general elections,” he said in a statement.

He said he had never applied for a party ticket in his 35-year-long political career and he did not intend to do so in the future.

“I have never sought ticket from anyone. Since 1985, I have reposed faith in Allah Almighty and the people of my constituency,” he said, while praying to God that he never had to be dependent on someone for ticket.

Earlier, Nisar had maintained that Maryam’s sharp tongue was pushing the party into an abyss. He also made it clear that he would not work under Maryam, the former PM’s daughter.

Dispelling rumours about his joining the PTI, he said there was no truth in any such report, adding that neither party chief Imran Khan nor any other PTI leader had contacted him.

The former interior minister had also reacted strongly whenever someone from the PML-N talked about him winning elections under the party’s electoral symbol.

While reacting to Pervez Rasheed’s comment on January 16 this year that Nisar had never won any election without PML-N’s electoral symbol, the former interior minister corrected him, saying that he took part in elections for provincial assembly seats in 1985, 1988, 1990 and 2013 without the symbol of ‘lion’ and he secured his seats on all those occasions.