'The road was constr­ucted in conniv­ance with Punjab CM Shehba­z Sharif for his person­al benefi­t in 1998'
By Talib Faridi / News Desk
Published: April 13, 2018
Tweet Email 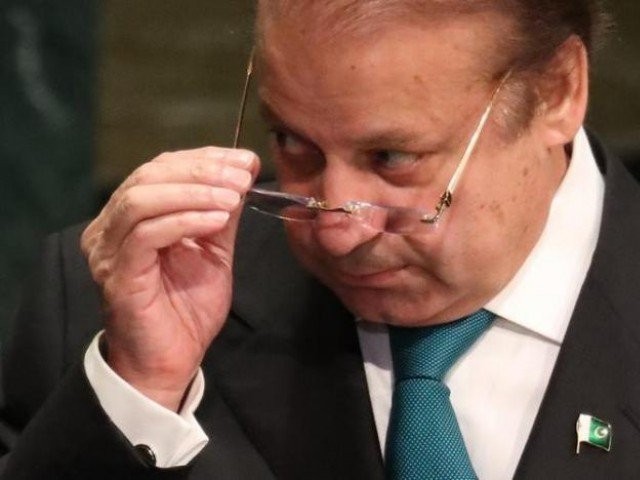 NAB alleges the road was constructed in connivance with Punjab CM Shehbaz Sharif for his personal benefit in 1998. PHOTO: FILE

LAHORE: The National Accountability Bureau’s (NAB) Lahore chapter has summoned former prime minister Nawaz Sharif over alleged misuse of authority as the chief executive of the country hours after the Supreme Court declared him disqualified from holding any public office for life.

He has been ordered to appear before a ‘combined investigation team’ of NAB at 11am on April 21, said a notification issued by the corruption watchdog on Friday.

The NAB has alleged that Nawaz, ‘in connivance’ with his younger brother Punjab CM Shehbaz Sharif, had constructed a road in Raiwind leading to Jati Umra – his family residence on the outskirts of Lahore – by abusing powers as the prime ministers in 1998.

A notification issued by the graft buster said that the width of the road was increased from 20ft to 24ft, which resulted in cost escalation of the project in the deposed premier’s ‘personal benefit’.

It also claimed that the district council Lahore had to drop various other projects of public welfare at the cost of the said project on Nawaz Sharif’s ‘illegal’ directives.

According to NAB’s investigation, Nawaz being the then prime minister of the country had used his ‘undue influence’ on local administration for the project in connivance with Shehbaz. 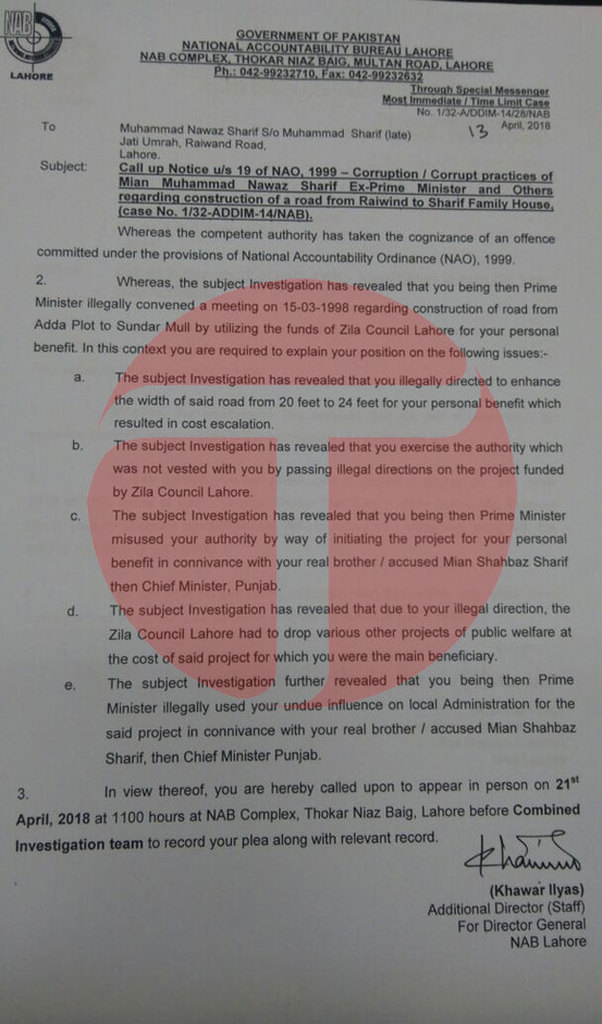