Ccourt will decide on Sanche­z's new reques­t to be allowe­d to leave jail so he can attend Friday's debate­
By AFP
Published: April 12, 2018
Tweet Email 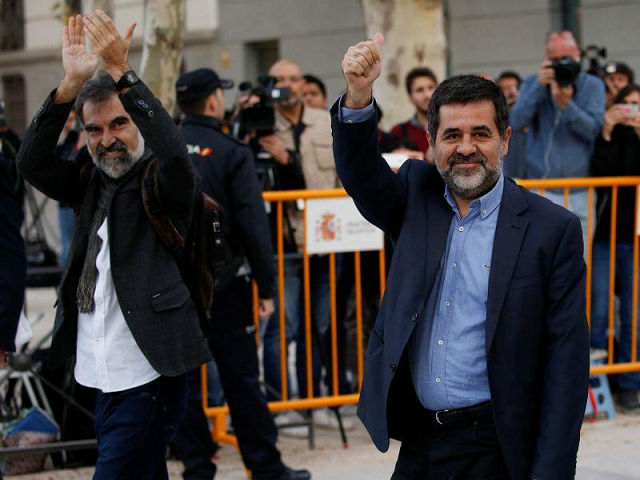 MADRID: The speaker of the Catalan parliament urged Thursday a Spanish judge to free regional presidential candidate Jordi Sanchez from jail so he could be sworn in as regional head.

“That would be normal no? To protect and defend the political rights of a lawmaker in the Catalan parliament who should be able to face an investiture debate,” speaker Roger Torrent told Cadena Ser radio.

Parliament is scheduled to hold a debate and vote on Friday on the jailed pro-independence activist’s candidacy to become Catalonia´s new regional president despite a failed first attempt.

A previous attempt to appoint him as president failed last month after Spain’s Supreme Court turned down a request for him to be released from jail.

The court is due to decide shortly on Sanchez’s new request to be allowed to leave jail so he can attend Friday’s debate.

Torrent said the court needed to take into account a message from the United Nations Human Rights Committee in support of Sanchez’s political rights.

In letters last month to Spanish authorities and Sanchez’s lawyers, the UN committee requested the state take all steps to ensure he be allowed to exercise his right to stand for office.

“What would be inconceivable to me is that the judge in this case ignore international law and the measures which the United Nations calls for,” he said.

“The court has the opportunity to take note of international law and the protection of political rights or write another dark chapter in the history of the Supreme Court regarding the repression of the rights of Catalan lawmakers.”

Catalonia has been in political limbo since Spain’s conservative central government imposed direct rule on the region after it unilaterally declared independence in October.

Fresh regional elections will be triggered if a new leader is not elected by May 2.