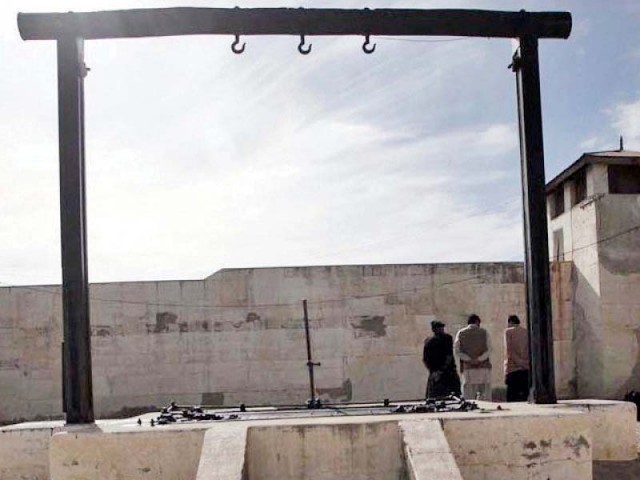 ISLAMABAD: With over 3,000 prisoners currently on death row and another 500 finding their clemency petitions rejected by the president, top human rights officials of the government have acknowledged that there was a need to improve the clemency process, and to abandon a blanket policy to bring it in line with constitutional and international obligations.

This was stated on Wednesday at the launch of a report by Justice Project Pakistan (JPP) titled ‘No Mercy: A Report on Clemency for Death Row Prisoners in Pakistan’.

Chaudhry Shafique, the commissioner of the National Commission on Human Rights, stated that the clemency process in Pakistan was deficient.

“The President’s power of mercy is critical for ensuring justice under Pakistan’s criminal justice system,” he stated.

He added that during a recent hearing of the Senate Committee on Human Rights last month, it was recommended that the NCHR, the Ministry of Law and Justice, Ministry of Interior and Ministry of Human Rights, examine petitions before sending it to the President.

The Canadian High Commissioner to Pakistan Perry Calderwood reiterated that Canada opposes the death penalty in all cases, everywhere.

“We encourage the abolition of the death penalty internationally,” he said.

“The debate on capital punishment in Pakistan occurs in a global context, but it is also local and specific to this country. It is a debate led by Pakistani citizens,” Calderwood remarked.

JPP’s report found that in the three years since a moratorium on the death penalty was lifted — in the aftermath of the attack on the Army Public School in December 2014— the government has executed nearly 500 prisoners.

While President Mamnoon Hussain has the authority to pardon death row defendants under Article 45 of the Constitution, in practice, he has hardly approved any of the petitions filed since the moratorium was lifted, operating under a blanket policy even for cases with strong evidence of humanitarian abuses and violations.

According to the Interior Ministry, the President’s office has so far rejected 513 mercy petitions of condemned prisoners over the past five years. Of these, 444 had been filed in the first 15 months after the resumption of executions.

At the moment, as many as 74 mercy petitions from death row prisoners are pending with the President.

The report claimed that these figures were particularly alarming given that the interior ministry had reportedly informally confirmed that the government has a de facto policy of summarily rejecting all pleas of mercy.

The report found that 83 per cent of all executions and 89 per cent of all death sentences handed out since the moratorium was lifted have been in Punjab. Of the approximately 3,723 prisoners on death row waiting for the execution of their sentences, mercy petitions of 41 (including a woman) have been rejected as of July 2017, and 382 prisoners have been executed in the province.

The report expressed the fear that this figure could soon include paraplegic death row prisoner Abdul Basit, or the mentally ill Imdad Ali or even juvenile offender Muhammad Iqbal.

Sarah Belal, the executive director of JPP added that the right to seek pardon belongs to the people.

“As citizens, death row prisoners have the unqualified right to seek pardon, and the presidency has an obligation to consider their petitions on merit and not to summarily reject them,” she said, adding that pardoning the most vulnerable prisoners would be a critical step to demonstrate a meaningful application of this responsibility.