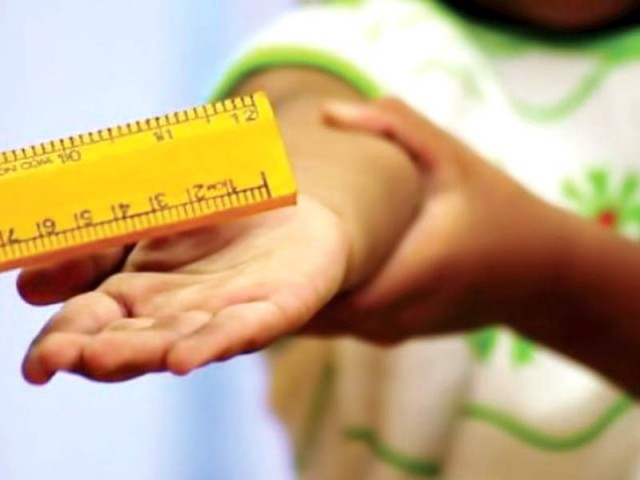 PESHAWAR: The provincial government on Wednesday approved a draft bill to stop corporal punishment in schools. They also approved amendments to multiple laws.

The decisions were taken by the Khyber-Pakhtunkhwa (K-P) cabinet which met at the civil secretariat in Peshawar on Wednesday with the K-P Chief Minister Pervez Khattak in the chair.

Sharing details of the decisions taken during the meeting, K-P Minister for Higher Education Mushtaq Ghani said that there was no law in the province on corporal punishment in schools.

Hence, angry parents had opted to raise the issue before the courts. The Peshawar High Court (PHC) had subsequently directed the provincial government to make appropriate legislation to deal with the subject.

“The act will be applicable on all government and private institutions in the province,” Ghani said, adding that those who violate it can face a prison term for up to six months or a fine of Rs50,000 or both. To implement this, a committee at the district level will be set up under the act.

The cabinet approved amendments in the K-P Motor Vehicles Rule 1969, under which the Directorate of Transport will issue driving licenses to heavy transport vehicles, light transport vehicles and public service vehicles.

Importantly, the directorate will be given the authority to issue licences to commercial vehicles. Licences for smaller vehicles such as jeeps, cars and motorbikes will be issued by the District Police Officer of the respective district.

Until Islam takes over, the slot of managing director at the bank will be retained by Muhammad Shahbaz Jameel in an acting position and will also serve as an alternative to the post.

The names of these nominees will now be sent to the State Bank of Pakistan for a test. Once the central bank approves them, the MD for the bank will be appointed for a term of three years.

Change in the HDF Act

The amendments will allow the provincial government to use funds stored under the HDF for projects other than just hydel development.

“Under the existing act, the funds can only be spent on hydel development in the province,” an official of the K-P government. He went on to explain that the government was looking to borrow around Rs8 billion from the fund for purposes other than which the fund stood for.

He added that the provincial government had previously amended the act through an ordinance and borrowed money from the fund. But that ordinance had lapsed leaving the government’s hands tied as it looked to borrow again.

Explaining the changes proposed in the CPC, Ghani said that the aim of the changes was to speed up civil cases which are currently mired in time-consuming procedures.

“In 60 days, the courts will complete the pleading process,” the higher education minister said, adding that after the pleading process, 30 days will be granted for reviewing documents and investigations and the court will be bound to decide a case within a year by hearing it on a daily bases.

Ghani claimed that their government was the first in the country to bring such amendments to the CPC in the 110 years since it was created.

“Now a case will be decided in a year and the credit goes to the provincial government and we are thankful of Peshawar High Court’s support for it,” he declared.

The cabinet also approved a budget for Charsadda district government in the meeting.

No place for extremism in Islam: al-Draiweesh