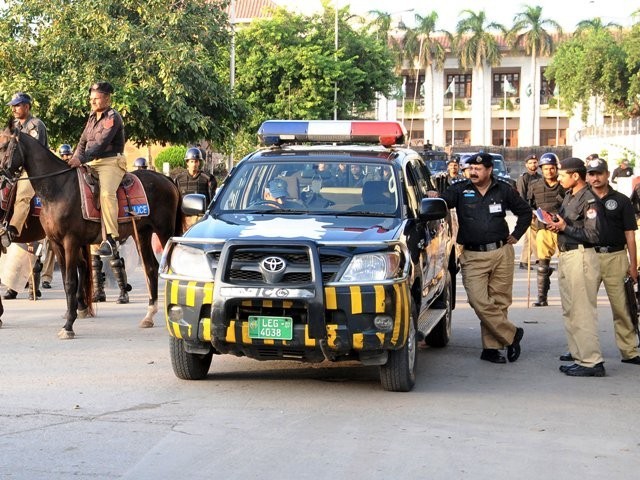 BAHAWALPUR: The family of a 45-year-old man who allegedly died due to police torture staged a protest at Allahwala Chowk on Sunday.

The victim was 45-year-old Abdul Aziz, a resident of Rasheedabad, Liaquatpur. The protesters placed the deceased’s body at Allahwala Chowk and blocked traffic on Shahi Road. They demanded that a case be registered against the police officials involved in this heinous crime.

However, the bride’s father went to the police and registered a case against the victim’s son and six other people, whom he accused of kidnapping his daughter.

Police arrested Aziz around a week ago. Meanwhile, his son provided police with proper documentation proving the authenticity of the marriage but authorities refused to acknowledge th em and ordered that the girl be handed over to her father.

Apparently, Aziz’s condition deteriorated while authorities were interrogating him which resulted in him dying in police custody. Police rushed Aziz to the hospital but he could not be revived.

Following this, the victim’s family claimed that he died as a result of the beating he received while being interrogated by ASI Shadab.

Further, two men were killed after workers from the municipal committee were exposed to poisonous fumes while cleaning a sewerage line.

According to details, the three men were on a mission to clean a sewerage line in Aslam Town located near Manthaar Road.

When they lifted the manhole cover, they were exposed to a fatal gas which caused two of the men to lose consciousness and fall headfirst into the gutter while the third fell onto the ground.

Rescue workers and locals rushed to the scene, gathering in large numbers, to try and rescue the men. However, Arshad and Boota, two of the workers, died in the incident. Police have shifted the dead bodies to the hospital.