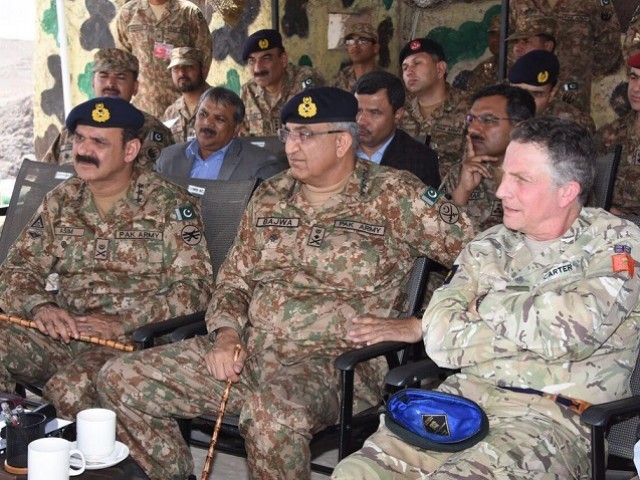 According to a statement issued by the Inter-Services Public Relations (ISPR), the delegation was given detailed briefing on security situation and operations in support of “Khushal Balochistan” program.

They lauded professionalism and dedication with which the sanitisation operation had been conducted in Girdi Jungle.

It was a small village before 1979, but swelled to a town of around 60,000 inhabitants with the majority being Afghan refugees. Over the years it had been converted into a hub of criminal and narcotics activities, facilitating both smugglers and terrorists in their nefarious agenda.

The area has now been freed from inimical influence.

During the visit, bilateral issues and regional security situation were also discussed between the two military leaders. 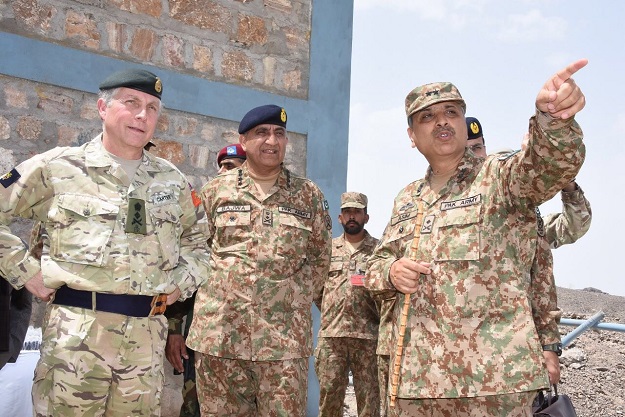 The UK CGS, who had arrived on a two-day official visit earlier today, acknowledged positive results of Pakistan’s efforts against terrorism and recent measures taken along the Pak-Afghan border including the fencing for improvement in border control.

“The visiting dignitary also hailed Paigham-e-Pakistan fatwa which shall have far reaching effects against extremist narrative,” read the statement.

Gen Qamar highlighted the need for collective action within a collaborative framework to help encourage peace and stability in the region. 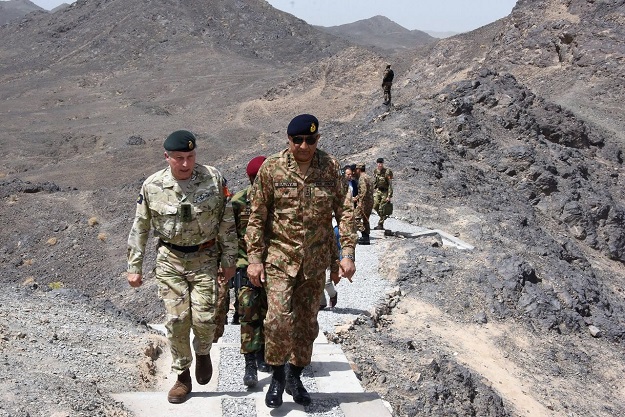 The visitors also flew over the border town of Brabchah and were briefed on the ‘peculiar environment’ of the area and steps taken to secure the Afghan border in Balochistan.

The dignified and ordered resettlement of Afghan refugees and measures to spread dividends of peace in larger region also came under discussion during the visit.

The British high commissioner, British defence attaché in Pakistan and the commander southern command were also present during the visit.