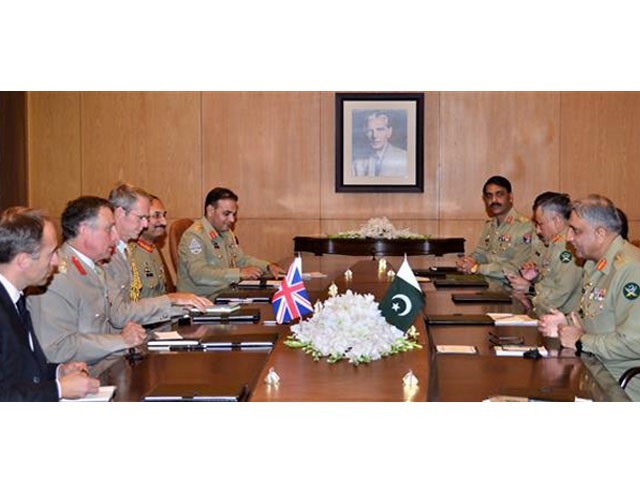 General Carter, who is in Pakistan on a two-day official visit, discussed matters of mutual interest with Bajwa, including the strengthening of bilateral security and defence cooperation between armies of the two countries.

He acknowledged Pakistan Army’s achievements in the fight against terrorism and its continued efforts for peace and stability in the region, according to a statement issued by Inter Services Public Relations (ISPR).

General Carter said the United Kingdom greatly appreciates Pakistan’s sacrifices in this regard.

On arrival at the GHQ, the UK army chief also laid a floral wreath at Yadgar-e-Shuhada. A smartly turned out contingent of Pakistan Army presented the guard of honour to the visiting dignitary.

The visiting officer will address participants of National Security and War Course later on Friday.