Timeline: The deadliest attacks in Pakistan

Timeline: The deadliest attacks in Pakistan

Terror­ist attack­s in Pakist­an have killed more than 4,350 people in around four years.
By AFP
Published: May 13, 2011
Tweet Email 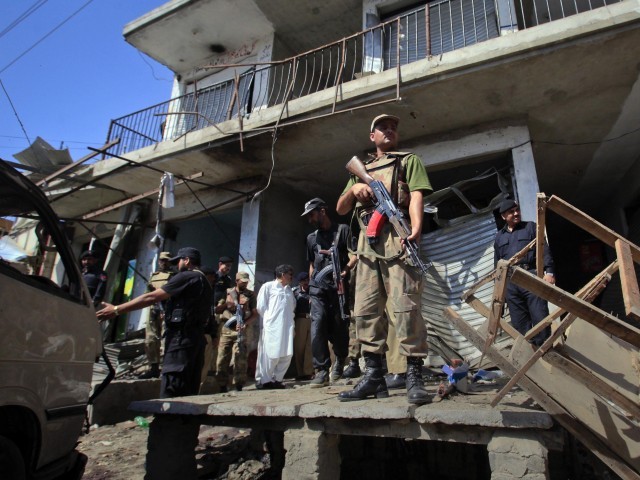 A member of the paramilitary forces stands guard at the site of a suicide bomb attack in Charsadda, northwest Pakistan May 13, 2011. PHOTO: REUTERS

Terrorist attacks in Pakistan have killed more than 4,350 people in around four years, blamed on Taliban and al Qaeda-linked extremists opposed to the government’s alliance with the United States.

2007: October 18: Bomb attacks targeting former prime minister Benazir Bhutto kill 139 people in Karachi as she returns to Pakistan for the first time in eight years. She is killed in another gun and suicide attack on December 27.

September 20: Sixty people are killed when a suicide truck bomb brings down part of the five-star Marriott hotel in Islamabad.

2010: January 1: A suicide car bomb kills 101 people at a village volleyball game in the northwestern district of Bannu.

March 12: Twin suicide attacks on the military in Lahore kill 57.

July 9: A suicide bomber blows himself up in a busy market in the northwestern Mohmand tribal district, killing 105 people.

September 3: A suicide attack kills 59 at a Shiite Muslim rally in Quetta.

2011: May 13: Two suicide bombers kill at least 80 people outside a police cadet training centre in the northwestern district of Charsadda.