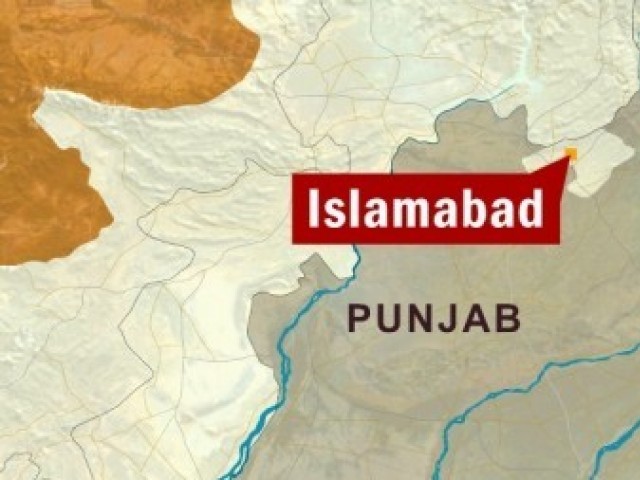 ISLAMABAD: The Islamabad Capital Territory (ICT) may have to lose several revenue estates (mauzas) after completion of on-going demarcation process of boundaries of federal capital in accordance with 1963 survey.

“The exclusion of these revenue estates would cause disparaging municipal, administrative and territorial problems for resident of these areas particularly those in Zone-I, Zone-IV and Zone-V,” an official of CDA Land and Revenue Department told The Express Tribune.

The official, requesting anonymity, as he was not authorised to speak with the media, said that with expansion of capital city, a lot more developers in hand with land grabbers have illegally encroached the land own by central government known as Rakh Sarkar in Punjab’s revenue officials’ terminology.

Lohi Bher and Margalla Hills National Park (MHNP) are some of the areas where unscrupulous developers were encroaching on state land in connivance of a few corrupt elements among the revenue staff of ICTA and Punjab government.

Recently Chief Justice of Pakistan Mian Saqib Nisar directed ICT and CDA for preparation of on-ground demarcation of boundaries and submission of a complete map in the court.

During the course of hearings, it unearthed that that ICT limits notified in 1979 to 1981 LG Acts was different which CDA had marked on its plans in 1963 with the help of survey of Pakistan. The SC had directed ICT administration and CDA to come up with applicable and valid demarcation to resolve the ambiguity regarding ICT limits.

Some CDA officials expressed fears that ICT boundaries could shrink by around 37 square kilometres from existing limits.

Another CDA official told that if survey is conducted in accordance with THE 1963 one carried out by Survey of Pakistan, many mouzas could be sliced out from ICT limits.  It would provide an opportunity to unscrupulous developers to expand their illegal housing schemes in these mouzas without adhering CDA Zoning Regulations for development of private housing societies and other commercial projects of real estate.

ICT Additional Commissioner Revenue Kamran Cheema said that since matter was subjudice in the court so he could not make any comments on it. He however, said that the survey was still in process with the help of Survey of Pakistan and denied apprehensions that it will effect or change municipal limits.

He, however, said that on the basis of this survey the ICTA will assess that which Khasra numbers of revenue estates (mauzas) lay in ICT or exceed its limits.

Cheema reminded that in 1960, land was transferred from Rawalpindi district to establish Pakistan’s new capital.

However, Pindi was eventually excluded from the master plan in the 1981 promulgation of Islamabad Local Government Act.

In 1963 the survey and mapping of Islamabad Capital was done on the basis of survey girds as was proposed and established by Survey of Pakistan. For 16 years from 1963 to 1979 nobody bothered to prepare proper schedule of revenue details in accordance with survey mapping of Islamabad capital site.

However, in 1979 the then president of Pakistan notified ICT Limits under Islamabad Local Government Ordinance 1979. This ordinance also provided scheduled of mouzas, khasras and other revenue details.

The official requesting anonymity said by the 1981 presidential notification Rawalpindi was separated from ICT whereas some additional areas from Rawalpindi and Murree were included in capital territory.

“This notification provides complete schedule of mauzas, complete khasras, as well as partial mauzas and partial khasras as per exact revenue details in number of kanals and acres in addition to large tracts of land owned by central government known as Rakh Sarkar,” CDA official said.

Unfortunately, ICTA never engaged Survey of Pakistan to establish the boundaries of ICT through survey with reference to national girds reference in line with schedule of revenue estates and mouzas.

Similarly, CDA had yet to establish the revenue details that is schedules of mouzas and khasras in line with the with survey map of 1960. So in both of cases that is 1960s and 1979 to 1981 there were discrepancies.

The CDA also changed Master Plan of Islamabad in 1992 by introducing ICT Zoning Regulations on the basis of 1979 Local Government Act, under which Islamabad was divided into five zones. In all five zones CDA introduced different development strategy. This state of ambiguous boundaries from revenue points or girds survey reference points would be a matter of unsolvable complications for the controlling agencies, private developers and public at large.

“It is the fault of ICT who had not made demarcation of its boundaries from Survey of Pakistan but still collecting different kind of taxes from these mouzas including land transfer fee,” an official of ICT revenue department said.