Smartp­hone is now the most used gatewa­y to intern­et, it should be duty-free.
By Parvez Iftikhar
Published: May 29, 2017
Tweet Email 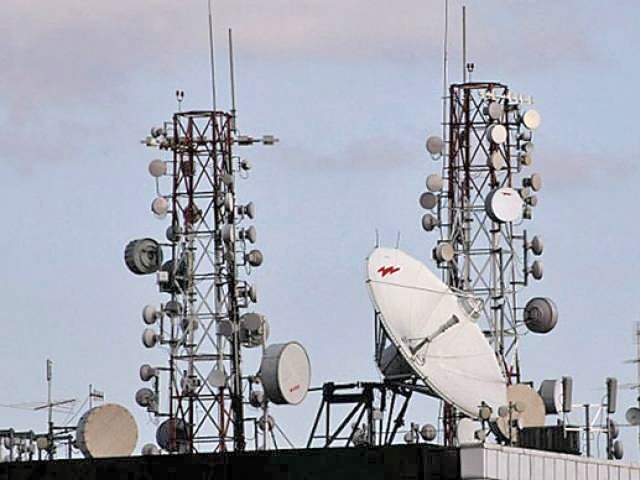 This unfair tax (WHT on mobile calling) is paid by those millions of low-income earners, who are not supposed to file tax returns. photo: reuters

ISLAMABAD: Pakistan’s national budget for fiscal year 2017-18 is being discussed and debated at all levels. The government appears to have given some attention to the information technology sector with facilitation steps, but at the same time some other measures run contrary to the interest of IT industry.

The promotion of the sector needs particular attention as the world pushes ahead with technological advancements to spur economic development and tackle emerging challenges like cyber attacks.

Here are the impacts of Pakistan’s budget on Information and Communication Technologies (ICTs), not in any particular order.

An amount of Rs200 million has been allocated for the e-gateway. The State Bank of Pakistan (SBP) will spend this amount to streamline mobile banking in the country, including technical training and hand-holding of relevant organisations.

It is anticipated that the e-gateway will enable Pakistanis to send and receive online payments across internet, which will help the overall Digital Economy. In this regard, the Ministry of Information Technology is also working on other necessary prerequisites – awareness and enhancement of IT expertise among small and medium enterprises (SMEs) and micro SMEs.

Technology start-up companies will be exempted from sales tax for the first three years.

This appears to be one of the best measures of the budget for ICT. Following increase in broadband proliferation (thanks to 3G/4G), several incubation centres are coming up and giving birth to wonderful tech start-ups, some of which are even winning top prizes in global competitions.

Such start-ups will now be able to focus their energies on creating successful businesses rather than live in constant fear of tax authorities.

This is another commendable measure as it will promote branchless banking, which is desperately required in the country, where hardly 25% of the adult population has access to bank branches. The government targets to take that level to 50% of adult population.

Facilitation for IT exports

IT exports from the federal territory of Islamabad have been exempted from sales tax. Additionally, IT export houses will now be able to open foreign exchange accounts in Pakistan, provided deposits come from export earnings remitted from abroad.

IT exporters will also meet their business-related payments outside Pakistan through these accounts.

It is expected that provinces will also announce similar commendable measures.

Reduction in WHT on mobile calling

More so because this unfair tax is paid by those millions of low-income earners, who are not supposed to file tax returns. Since they do not file returns, they cannot claim the paid amount back.

An amount of Rs48 billion was gobbled up by the government on this account last year. On the other hand, the high-income earners get it back (adjusted) in their tax returns.

Cut in customs duty on smartphones

The finance minister announced that smartphones with Rs1,000 customs duty will now attract Rs650 as duty. However, later it transpired that at the same time the duty on the lowest-end (“unsmart”) phone has been increased from Rs300 to Rs650.

Customs duty of Rs650 on the lowest-end phone will be a bonanza for the smugglers!

Smartphone is now the most used gateway to internet. Therefore, smartphones should be duty-free.

Cut in duty on telecom equipment

Customs duties on telecommunications equipment, which varied from 11% to 16%, have been replaced with 9% regulatory duty.

On first glance, it appears to be a reduction, but it is not very clear yet. It is being said that exemption from customs duty, which was available under the Free Trade Agreement (FTA) with China, will not apply anymore, in which case it would mean an increase of 9%.

Incidentally, till 2014 the same duties ranged from 0% to 5%, but were more than doubled soon after the spectrum auction of 2014.

If indeed it is a reduction, it would be a positive move because the operators like Zong, Telenor and Jazz are investing in deployment of 4G networks.

Increase in duty on mobile phones

It appears to be a similar story as of telecom equipment as some of the handsets were also being imported under FTA with China. The name regulatory duty has been deliberately given so that exemption under FTA cannot be claimed.

Reduction in FED on mobile calling

The federal excise duty (FED) – applicable only in federally administered areas – on mobile calling has been reduced by 1.5% ie from 18.5% to 17%.

In the jurisdiction of provincial governments, an equivalent GST, ranging between 19% and 19.5%, is applicable. One hopes the provinces will match this reduction to have one uniform rate across the country.

Allocation for IT park

An amount of Rs6 billion has been allocated to set up an IT park in Islamabad, which will receive its funding from South Korea.

An amount of Rs20 billion has been allocated for PM’s skill development, laptop and youth programme.

The fund is aimed at helping the youth go digital. Perhaps instead of such populist measure, as the discredited laptop scheme, an overall decrease in prices of IT tools, like smartphones, PCs, routers, etc will be better.

Ministries, trade agencies in dire need to work together