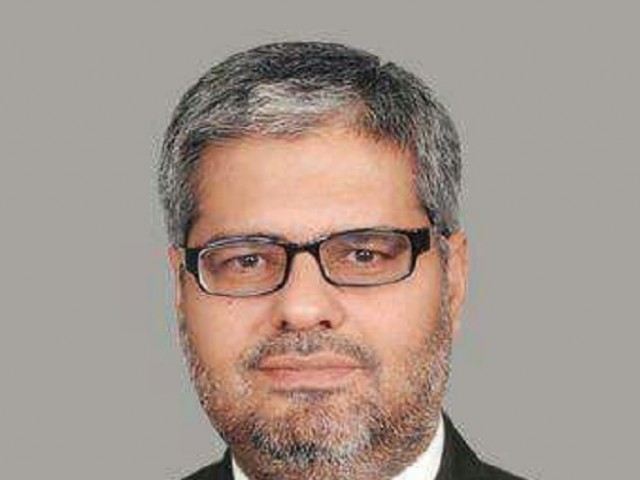 ISLAMABAD: The indictment of the accused in supplementary references against ex-finance minister Ishaq Dar, the president of National Bank of Pakistan (NBP) Saeed Ahmed and two others was again delayed on Tuesday after a squabble was allegedly initiated by the president of the Islamabad High Court Bar Association (IHCBA) with a judge.

The delay came due to the alleged ‘misconduct’ of President of Islamabad High Court Bar Association (IHCBA) Javed Akbar Shah as he allegedly misbehaved with Accountability Court Judge Mohammad Bashir during the hearing of the supplementary reference of National Accountability Bureau (NAB).

The court resumed hearing of the supplementary reference against Dar, the NBP Saeed Ahmed and two others, Naeem Mahmood, and one of Dar’s employees since 1991, Syed Mansoor Raza Rizvi, when the incident occurred.

Subsequently, the court issued a show-cause notice to the IHCBA’s president and issued non-bailable warrants of arrest for his client, Mansoor Raza Rizvi, as he walked out of the courtroom with his lawyer.

The court noted that a month has already been passed and the suspects could not be indicted despite Supreme Court’s directions to conclude it within extended time of three months.

During the proceeding, NAB prosecutor Imran Shafique requested the court to issue arrest warrants for one of the accused – Rizvi – for leaving the courtroom. Shafique said that the accused were lingering on trial for one reason or the other.

However, the IHCBA president and Rizvi’s lawyer, Shah aggressively asked the court for a verdict on his application demanding an adjournment. When asked for reason, he said, state that his “Phuphi” has passed away and he has to go there.

Irked by Shah’s harsh tone, Judge Bashir responded by dismissing the plea. Shah disagreed and stated that the plea could not be dismissed in such a manner and when he asked for a reason, the judge replied that the reason would be given in writing if the defence counsel sat down.

An agitated Shah then reportedly took offence at the judge referring to him as brother, “I am not your brother, give me a reason why the indictment is necessary?”

How can a convicted person head a political party, asks India’s top judge

When Judge Bashir warned that the lawyer was being disrespectful to the bench, Shah responded with: “What are you going to do? Will you shoot me or send me to jail?” Shah then walked out of the courtroom with his client in tow.

In his talk to media persons, Shah said that he informed the judge about the death of a close relative and about his family waiting outside the court premises in car so that they may travel to their native area but his application was dismissed.

Shah alleged that Judge Bashir started hearing the case around 8:15am which is 15 minutes earlier than the actual court time. He said that the court did not stop him when he came out of the courtroom.

“I regret wearing this black coat before judges like these,” he said.