How can a convicted person head a political party, asks India's top judge

How can a convicted person head a political party, asks India's top judge 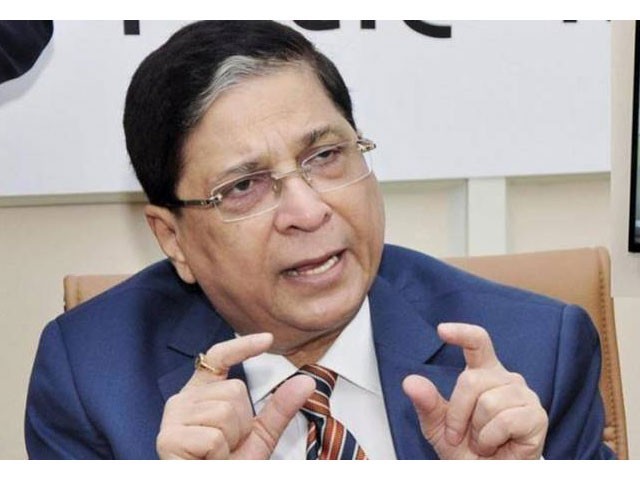 The chief justice of India has questioned the logic behind appointing a criminal and corrupt person as the one heading a political party.

Justice Dipak Misra termed such an occurrence a massive blow to the purity of the election process, The Hindu reported.

Far worse is the prospect of democracy when such a corrupt person leading a political party has the power to have candidates who would run for elections under his organisation’s banner, he observed while heading a three-judge bench.

The court went on to add that a criminal deciding who the people should opt for, by itself, is against the basic norms of democracy.

“How can a convicted person be an office-bearer of a political party and select candidates to contest elections? This goes against our judgments that corruption in politics [are] to be ostracised from the purity of elections,” Justice Misra said, addressing the government and the Election Commission of India.

“So, is it that what you cannot do individually [that is contest elections], you can do collectively through some of your agents” the Chief Justice asked.

“A man cannot directly contest an election, so he constitutes a group of persons to form a political party and contest an election. People can form an association of people to do philanthropic activities like have a hospital or a school. But when it comes to the field of governance, it is different,” he said.

The Indian top court said a reform to put a ban on convicted person from becoming members of political parties would coincide with its past judgments shaming corrupt politics.