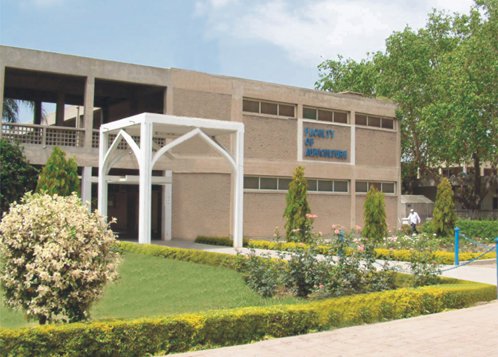 FAISALABAD: The country can earn significant foreign exchange by promoting floriculture, experts stated. Speaking at the inauguration ceremony of an international seminar on floriculture, they said this will not only help the farming community increase their income, but also alleviate poverty from the county.

While chairing the session, UAF Vice-Chancellor Dr Muhammad Iqbal Zafar said that “Despite having huge potential to grow excellent quality flowers, our share in the international flower market is marginalised.”

He said the country was importing it to meet domestic demands. “It is need of the hour to fight the challenges of poverty, food security and other issues.”

Floriculture Expert from Netherlands Theo Rutten said Pakistan was blessed with a suitable climate to grow the flowers of every season, but the country was not tapping this huge potential.

“Lack of awareness and non-implementation of sophisticated methods are the reasons behind it.”

Rutten highlighted that Netherlands was exporting flowers to more than 100 countries, including Germany, UK, France, Poland and Russia.

Dr Muhammad Amjad said the majority of the country’s population was associated with the agriculture sector and poverty alleviation was directly linked to it.  He bemoaned that the farming community was using traditional methods which were proving to be a hurdle when competing with the rest of the world.

“There is a scope for value addition in floriculture products through processing, packaging and supply chain management. This will increase income, generate employment opportunities and help in reducing poverty.”