At the height of the frenzi­ed demand for bitcoi­ns in Januar­y
By Reuters
Published: April 3, 2018
Tweet Email 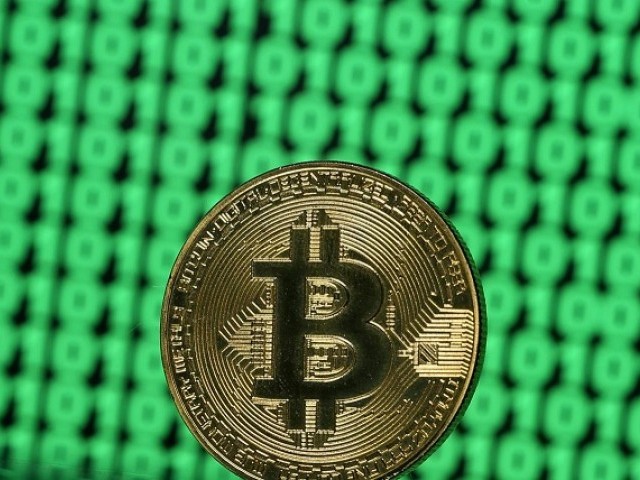 A token of the virtual currency Bitcoin is seen placed on a monitor that displays binary digits in this illustration picture, December 8, 2017. PHOTO: REUTERS

Li, a Canada-based Chinese banker in his 20s, is one of these underground traders. He buys cryptocurrencies in other markets and sells them at a premium to investors in China, who cannot otherwise get them.

At the height of the frenzied demand for bitcoins in January, when prices of the digital currency were hovering close to $20,000 after a 20-fold jump during 2017, Li and other traders were able to sell bitcoins in China for 30 to 40 per cent more than they cost elsewhere.

But in a matter of months, the premium for bitcoins in China has fallen to around 7 per cent or less as a flood of bitcoin mules, who physically carry cash across borders for the trades, has swamped the arbitrage business. Cryptocurrency funds and individual computer-assisted traders have also piled into the market.

The boom has eaten away the spreads and shown how fast the galloping cryptocurrency markets can change course.

“The market’s kind of taken a downturn; there is a less general appetite in this space,” said John DeCleene, an assistant fund manager running the fintech and cryptocurrency investments at Overseas Chinese Investment Management.

“It is too many players entering this market, but also less of the hype we saw in December-January when people were paying a 30 per cent premium because they expected 10 times gains overnight.”

DeCleene launched a $5 million Singapore-based global fund in November to invest in cryptocurrencies, blockchain-related equities, and some exploratory arbitrage trading. He said it has generated a 58 per cent return so far.

Bitcoin arbitrage thrived last year as the cryptocurrency grew more volatile and some governments stepped in with rules to curtail trading.

The simplest geographical arbitrage involved buying bitcoin in unregulated markets such as Thailand, or ones that have legalised bitcoin trading such as Japan, and selling them in banned markets such as South Korea, China or India.

A second form occurred between exchanges when nimble-footed traders bought cryptocurrencies cheaply on lesser-known exchanges and sold them for a profit on more liquid and widely used platforms.

There were huge price differences to exploit.

In early January, when the price of bitcoin was $17,600 on Bitstamp, the Luxembourg-based digital currency exchange, it was being quoted at 25 million won ($23,630) in South Korea, implying a 34 percent “kimchi premium”.

As China’s ban expanded from an initial prohibition on issuing new cryptocurrency to a shutdown of exchanges, premiums rose and traders quickly found new ways of doing business.

At first, it was limited to closed groups on the popular messaging platform WeChat and meetings at bars, where potential bitcoin buyers could meet sellers.

Then peer-to-peer platforms such as CoinCola, websites belonging to former Chinese exchanges Huobi and OKCoin, and even the retail platform Taobao became hubs for “over-the-counter” (OTC) cryptocurrency trading, conducted outside of formal exchanges and far more difficult for regulators to police.

“The big Chinese traders are all using CoinCola or going directly to each other through other OTC platforms,” like WeChat or AliPay, said Christian Grewell, a professor of business and interactive media arts at NYU in Shanghai who has lectured extensively on cryptocurrencies and blockchain technology.

Another option, bank transfers between buyers and sellers, is “almost untraceable”, Grewell added, as it is difficult to prove that a transfer is related to a cryptocurrency transaction.

A trader in her 20s in Shanghai said she buys bitcoins in the United States to sell over the counter in China. On each trip to the US, she illegally carries $30,000 to $40,000 in cash, she added.

“Selling and buying bitcoins on those OTC websites is the same as shopping on Taobao,” said the trader.

Hedge funds that can execute arbitrage trades quickly and at a fraction of the cost are squeezing individual traders, said Ramani Ramachandran, the chief executive of digital exchange Zenprivex.

“In the beginning, when there is 30 per cent arbitrage, obviously you can travel to Thailand, buy bitcoins, send them to China, Japan, Korea and sell them. That’s easy,” said Kim, who was formerly an options arbitrage trader.

“But that opportunity is not going to last very long. And even though it is not as blatantly there, there are still many ways to profit from it, especially for someone like me who is used to making 3 basis points on a trade,” he added.

The arbitrage funds operate much like retail traders, buying and selling cryptocurrencies simultaneously on two different platforms, but on a much larger scale. That allows them to profit from smaller spreads.

Some retail traders, including Li, have turned to lesser-known cryptocurrencies such as Tether, which bills itself as being pegged to the US dollar.

Tether is popular with Chinese seeking to move their cash discreetly overseas, as it is not volatile. That demand means it trades at a 2.5 per cent to 3.5 per cent premium in China, although the number was as high as 10 per cent in January.

Li said his arbitrage activity nets him about $18,000 a month on a trading volume of about half a million dollars.

Although that is a tidy sum, it is far less than what frantic traders made late last year.

“The easy arbitrage is going to be much less prevalent now than it used to be,” Kim said.