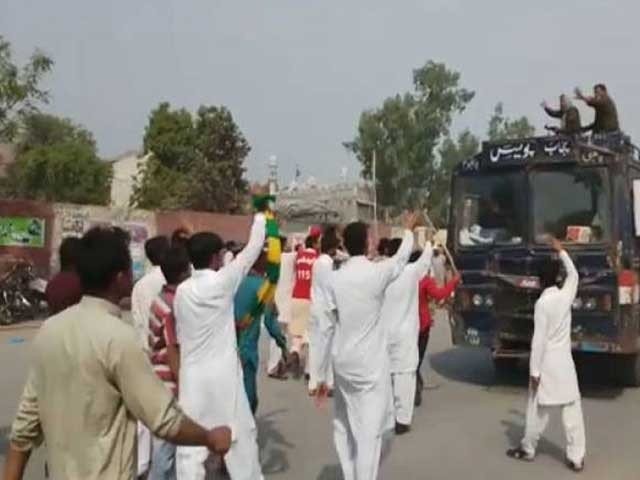 Following the local police’s inability to arrest suspects involved in the rape and murder of a seven-year-old and the murder of a university student, the city witnessed a shutter-down strike as enraged protesters took to the streets.

Residents of the district’s Jaranwala area held a complete shutter-down strike, with local markets and shops closed for the day.

The protesters burnt tyres and blocked main roads with the local bar association calling on all lawyers to boycott court proceedings. The private school association also called for a complete shut down of all private schools.

On Monday, the mutilated body of a seven-year-old girl who was allegedly raped and killed in Faisalabad’s Jaranwala district was recovered from fields in the area.

The funeral of the second-grade student was held later on Monday.

Whereas, the murderers of a Government College University Faisalabad student remain at large as the police still struggle to arrest the culprits.

Earlier, a student was kidnapped by unidentified people in broad daylight and was killed after being subjected to sexual abuse, Express News reported.

The student’s body was discovered from a drain in Dijkot while the post-mortem report confirmed the deceased was sexually abused.