They were coming back after a picnic in Hanna Urak when their vehicl­e attack­ed at Nawan Killi bypass­
By Our. Correspondents
Published: March 30, 2018
Tweet Email 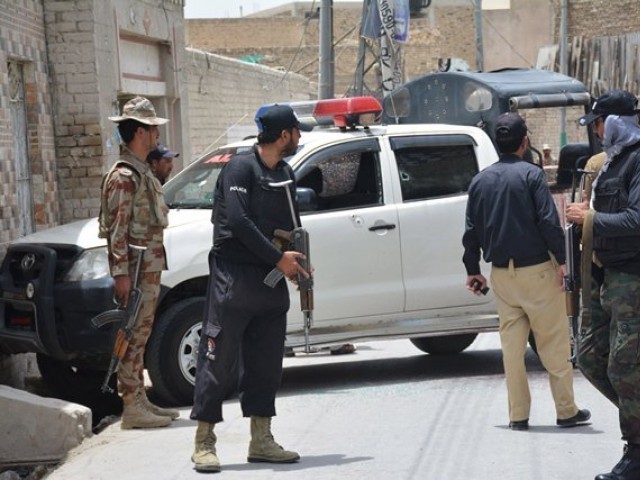 The Uzbek family was coming back after a picnic in Hanna Urak when their vehicle attacked at Nawan Killi bypass. PHOTO: EXPRESS/FILE

QUETTA: One person was killed and seven others of the same family injured when unknown armed men opened fire at them in Quetta late on Friday night.

According to sources in police sources, eight members of an Uzbek family were coming back after a picnic in Hanna Urak when their vehicle was attacked at the Nawan Killi bypass.

As result of the indiscriminate firing, one person was killed on the spot and seven others sustained injuries.

Soon after the incident, police and personnel of Frontier Corps (FC) rushed to the site and shifted the body and injured to the Civil Hospital.

“Armed men opened fire on the vehicle from three sides. They were hiding and waiting to attack [the family],” police officials told The Express Tribune, adding that the deceased was identified as Wali Muhammad.

Police have registered a case against unknown armed men and started investigation. The security forces also launched a search operation in the area to trace out the attackers.