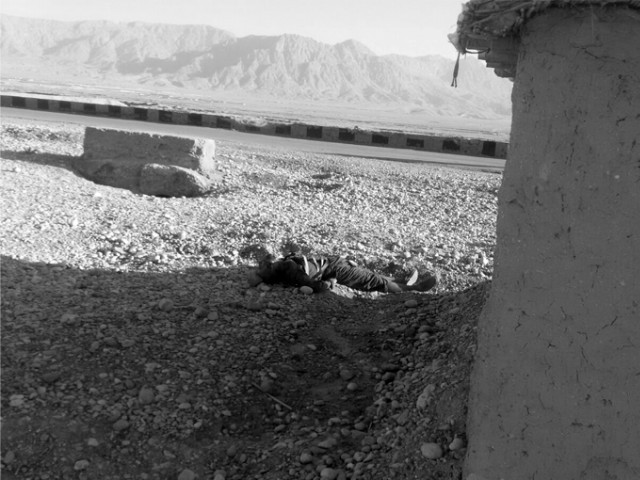 QUETTA: Security forces claim to have foiled a suicide attack on the outskirts of Quetta by shooting dead a potential bomber on Thursday.

According to sources, a security convoy had left the parameters of Kach Motor check post when a militant wearing a suicide jacket opened fire. He was killed in retaliatory fire by the forces.

Shortly after a bomb squad was called to defuse the suicide jacket.

The area was cordoned off by the law enforcement agencies after the collection of evidence from the scene.

The attack comes days after four troops of the paramilitary Frontier Corps (FC) were martyred and seven others were seriously injured when a suicide bomber detonated his explosives-laden vest at a check post in the outskirts of Quetta on February 28.

According to official sources, the incident took place in the mountainous area of Nosahar, some 30km to the west of Quetta, where the FC has established multiple check posts to keep an eye on the movement of extremist elements.

Earlier this month, one person was killed and six others, including women and children were injured in an explosion inside the house of a cleric in Qila Saifullah town in Balochistan’s capital.

The blast occurred in the house of Maulvi Habibullah Jogezi, situated some 190 km north of Quetta, said official sources. Balochistan Home Minister Sarfaraz Ahmed Bugti had confirmed that then owner of the house was killed in the blast while his family members were critically wounded.