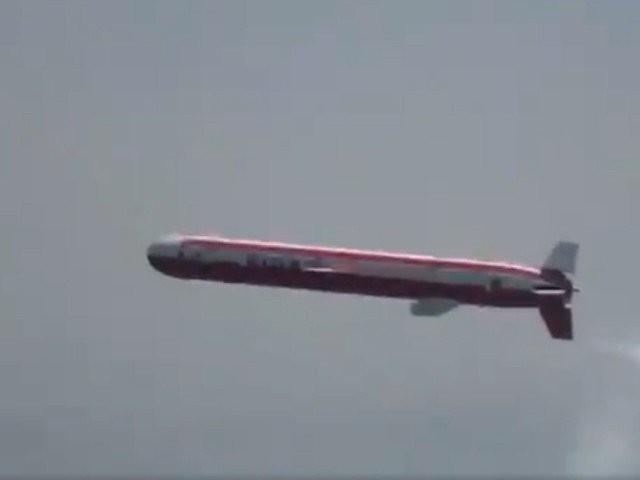 The Pakistan Navy on Thursday successfully test fired submarine launched cruise missile (SLCM) Babur with a range of 450 kilometres, according to the Inter-Services Public Relations (ISPR).

The missile was fired from an underwater dynamic platform, which successfully engaged its target with precise accuracy.

The development of such a weapon will provide Pakistan the capability to respond to provocative nuclear strategies and posture being pursued in the neighborhood.

The landmark development is a step towards reinforcing the policy of credible minimum deterrence through indigenisation and self-reliance.

The President and Prime Minister of Pakistan also lauded all those involved in the effort.