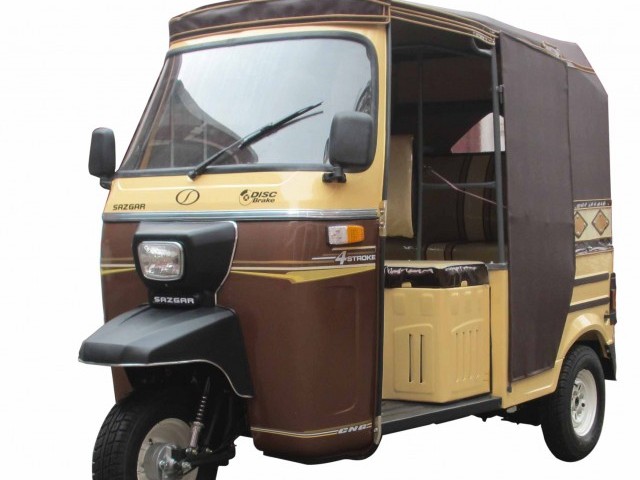 KARACHI: Sazgar Engineering Works, the auto rickshaw maker, has been allowed to set up a new car manufacturing plant in Pakistan in partnership with a Chinese company, according to a notice to the Pakistan Stock Exchange (PSX) on Wednesday.

“Ministry of Industries & Production of Pakistan has awarded the Category-A, Greenfield Investment status to our company,” said Sazgar Engineering Works Company Secretary Arshad Mahmood in the notice. The vehicles will be assembled and manufactured under the brand name ‘BAIC,’ he said.

Sazgar Engineering Works announced in January to set up the light commercial vehicles’ (LVCs) plant on a fast track basis and roll-out models in a maximum of 18 months to tap potential growth in auto sector in Pakistan. To achieve the target, it put on hold its earlier announced expansion plan for three-wheelers.

“Considering the potential growth and future prospects of the automobile sector in the country and in order to facilitate timely completion of the project; the board has decided to hold the expansion of auto rickshaws production facilities as communicated earlier,” said Mahmood in an earlier notice to PSX.

“The (cars and LCVs) project will be completed by June 30, 2019,” he said. The plant would have a “production capacity of 24,000 units per annum,” he said. Board of directors has approved the estimated cost of the project of Rs1.76 billion. This excludes the value of land already owned by the company. It is setting up the four-wheelers’ plant in collaboration with a Chinese firm. The name of the foreign partner has been kept undisclosed since the beginning. They developed a formal understanding and signed a memorandum of understanding in this regard in May 2017.

The two partners would manufacture, assemble, sell and offer after sale services of passenger and off-road (like jeeps) vehicles, it said.

“The company is already in the process of getting approvals from the concerned regulatory authorities for the setting up of the project,” he said.