Hearin­g has been adjour­ned till April 21
By News Desk
Published: March 28, 2018
Tweet Email 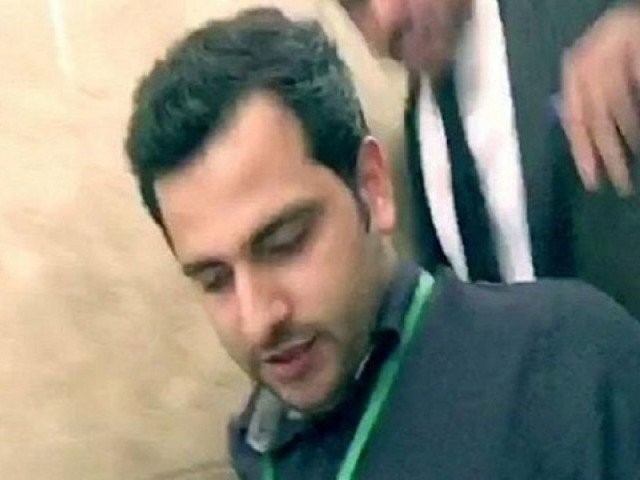 Jail authorities, for the second time on Wednesday, refused to present Shahrukh Jatoi before a judicial magistrate in a case pertaining to the convict’s attempt to flee the country in 2013, reported Express News.

Prison authorities adopted the stance that Jatoi is a convicted death row prisoner, in a case deemed sensitive, and the interior ministry has also restricted Jatoi’s movement.

The authorities, failing to convince the court, were instructed by the judge to inform the court in writing regarding the matter.

Subsequently, the judicial magistrate Malir also issued a show cause notice to the jail superintendent and ordered him to produce Jatoi before the court in the next hearing.

The court also summoned the jail superintendent and adjourned the hearing till April 21.

The case has been hit with delays for the past five years due to Jatoi’s consistent absence. Five culprits have filed bail application due to the case being delayed.

On December 27, 2012, Shahrukh Jatoi had escaped abroad after murdering Shahzeb Khan. Later, he was arrested in 2013 at the airport. The CCTV footage from the airport gave Jatoi away, leading to a case filed against him for trying to escape the country after the murder.