ECP's refusal to provide names of those involved in delimitation is unacceptable: Raza Rabbani

ECP's refusal to provide names of those involved in delimitation is unacceptable: Raza Rabbani 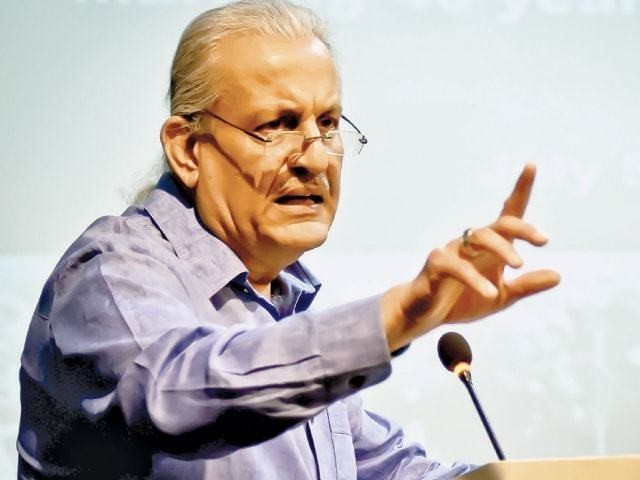 ISLAMABAD: Pakistan Peoples Party (PPP) Senator Raza Rabbani on Wednesday slammed the Election Commission of Pakistan (ECP) over their refusal to provide names of those involved in the delimitation of constituencies.

Stating that it is against the rules to withhold “information by any ministry, division, department or any organisation functioning under the Constitution” from the Parliament, Rabbani stated that it is ‘unacceptable’ that ECP is not providing names of those involved in delimitation and that certain officials are refusing to attend the parliamentary committee on delimitation.

“There is a detailed ruling of the chairman Senate, issued in the year 2017, that no information can be withheld from Parliament or its committees which are an extension of Parliament,” stated a press release issued by Rabbani.

He further stated that the ruling in the National Bank sets a precedent that “if an organisation claims any such privilege, then it is for the Presiding Officer to determine the manner in which such information is to be shared with Parliament, its committees or its members keeping in view any reasonable apprehension expressed by such department.”

Rabbani had earlier stated that the order of the election commission pertaining to and dealing with the formation of a committee of the National Assembly by the speaker was contrary to Article 69 of the Constitution, 1973, which deals with internal proceedings of Parliament.

“For democracy to flourish and institutions to be strengthened, it is necessary that intra-institutional jurisdictions are respected,” he added.

In November last year, Rabbani had observed that it was parliament that had to resolve the issue of delimitation of constituencies.

“It is parliament that has to resolve the delimitation issue. We do not want any institution [the ECP] approaching another institution [the SC] to resolve it,” he observed during a Senate session when apprised by the law minister that the Election Commission of Pakistan (ECP) had hinted at moving the Supreme Court if Parliament failed to take a decision on the issue.