Panel asks who issued NOC to cement factor­ies to operat­e in the area
By Sehrish Wasif
Published: March 27, 2018
Tweet Email 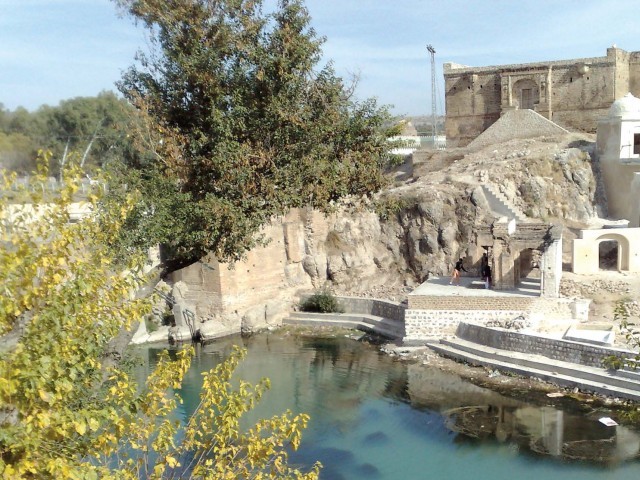 A view of Katas Raj Temple in Chakwal. PHOTO: FILE

ISLAMABAD: The National Assembly Standing Committee on Religious Affairs sought on Monday a detailed report from the ministry of religious affairs regarding the dried-up Katas Raj pond.

The parliamentary panel, chaired by MNA Shagufta Jumani, while expressing grave concerns over the issue asked that who, and under which rules and regulations, had issued no-objection certificates (NOC) in 2006 to cement factories to operate in the area due to which one of the well-known Hindu pilgrimage site had been damaged.

The committee’s chairperson said it was shocking to see that the owners of the factories while ignoring the great significance of this historical site drew water through borewells while leaving its beautiful pond dry.

MNA Ali Muhammad Khan, a member of the committee, who actually raised this issue, said it all had happened during the period of former military dictator Pervez Musharraf.

He further suggested that considering the sensitivity of the issue a lot of care was required while investigating it.

Responding to queries, federal minister for religious affairs Sardar Muhammad Yousaf said the ministry would check all the previous records and then present a detailed report on it.

Meanwhile, the parliamentary committee asked the federal minister about the recent issue of over 500 Pakistani intending pilgrims who were not issued visas by the Indian government to participate in an annual religious congregation marking the death anniversary of Hazrat Khawaja Moinuddin Chishti in Ajmer Sharif earlier this month.

The committee also inquired about the delay in the Hajj balloting process. On this, the federal minister said the ministry was waiting for final verdict from the Supreme Court, after which the second phase of the balloting would be held.

The committee also considered three different bills related to establishment of a commission for the religious minorities.

Malhi criticised the committee for delaying the matter since 2015 when he had moved the bill. Meanwhile, a sub-committee was established in this regard but it also failed to reach any decision.

The committee’s chairperson announced that the same sub-committee, headed by Ali Muhammad Khan, be reconstituted and directed its members to hold a meeting on April 2 to decide the course of bill for establishment of a commission for minorities.