The police are baffle­d by the man’s kidnap­ping in Orangi in 2012
By Naeem Sahoutara
Published: March 24, 2018
Tweet Email 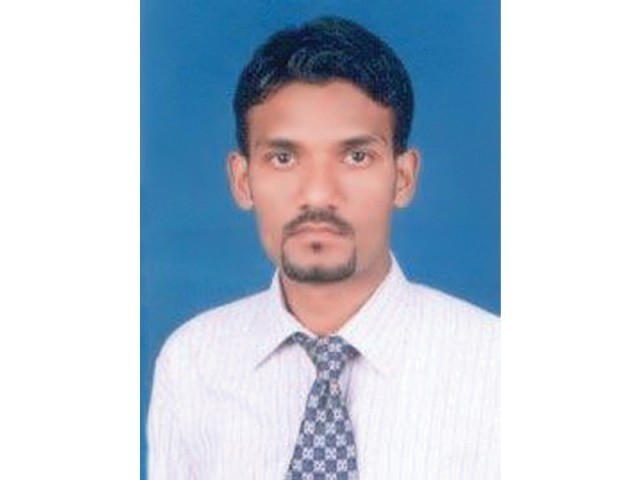 Issac Samson was kidnapped in 2012, police still have no idea where he is

KARACHI: On Friday or Lent Family Fast Day, the 10th day of the Christian community’s annual month of fasting, Surraiya Sadiq pleaded for her missing son to be reunited with his family after half-a-decade.

Samson, an accountant at the Good Samaritan Hospital, along with another worker, Indrias Javed, was allegedly kidnapped by four armed men in Orangi.

The two men worked at the hospital, which was being run by a South Korean non-governmental organisation, Agape Medical Service. On the morning of September 29, 2012 both were kidnapped by some armed men “who looked like Pathans”.

Days after their kidnapping, Javed reportedly escaped the clutches of the kidnappers when they were travelling on the Northern Bypass, however, Samson’s whereabouts are still unknown.

“There is no clue about his whereabouts, even after five years,” Samson’s father, Yunus Sadiq, told The Express Tribune.

Since the kidnapping, police officers investigating the case have continuously been transferred, with approximately 16 investigation officers having been involved in the case. The FIR has been registered twice at the Pakistan Bazaar police station.

According to one of the investigation officers of the crime branch, Inspector Nasir Ahmed Shaikh, the case is a difficult one as there were no ransom calls made by the kidnappers. There has been no contact at all.

“There are no clues, we can’t find anything. A lot of men have been arrested from the area but we couldn’t find out anything,” he lamented.

Despite Javed having escaped the kidnappers’ clutches, the police still failed to ascertain who the kidnappers are. Javed has now left the country.

On June 14, 2012, the father petitioned the high court regarding his son’s kidnapping, where dozens of other missing persons’ cases had been pending disposal for months, some for years.

Samson’s case has been heard dozens of times by four chief justices and several others judges, who passed various directives and orders to the police high-ups to make breakthroughs in the mysterious kidnapping.

Last year, the case was finally disposed of with directions to the district and sessions judge concerned to proceed with it expeditiously and decide the case regarding Samson’s kidnapping registered at the Pakistan Bazaar police station.

“The kidnapping case was lodged some four years back and still remains a mystery,” Yunus recalled, adding that the police seemed least bothered.

“At every hearing, the judge orders the investigation officer to submit a final charge-sheet in the case, but it is not being done. I don’t understand why,” he said, as he tried to make sense of it all.

While a majority of missing persons cases involve Muslims, whom the law enforcement agencies suspect of having links to banned religious or militant outfits, this Christian family wonders what has happened to their son.

“He was not involved in any criminal case and had nothing to do with any criminal group,” his father repeated the explanation he has been offering since 2012.