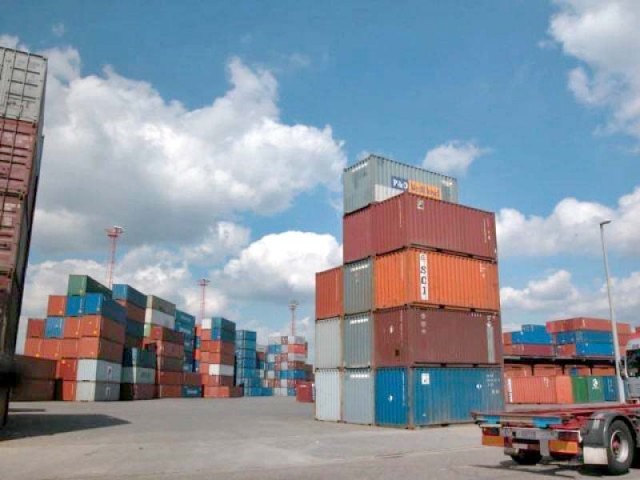 Reportedly, Pakistan has agreed to offer zero duties on 75% of tariff lines, which constitute roughly 5,340 out of total 7,120 tariff lines. PHOTO: FILE

It would be convenient and cheaper for Chinese companies to manufacture in China and import products into Pakistan at zero duties, which would render the SEZs useless, said sources in the Board of Investment (BOI).

This will also dash Pakistan’s hopes of starting a new wave of industrialisation as almost 60% of the national output is contributed by the services sector which is not job-oriented. This means Pakistan is en route to becoming a trading nation.

Another worrisome aspect of the proposed second phase of the FTA, called FTA-II, is that it is shrouded in secrecy. Both the Federal Board of Revenue (FBR) and the BOI were not aware of the tariff lines on which the commerce ministry wanted to slash duties to zero, said sources in the two organisations.

The timing of the FTA-II is also a matter of concern for some government agencies as Pakistan is not yet ready for further open trade due to a lack of product diversification and high cost of doing business.

However, commerce ministry spokesperson Mohammad Ashraf insisted that the ministry would not sign the FTA unless every stakeholder was on board including the BOI and FBR. The FBR wants to sign the expanded FTA next month when Prime Minister Shahid Khaqan Abbasi will visit Beijing.

Pakistani manufacturers have even started importing goods from China and selling them as ‘Made in Pakistan’ products by placing their stamps on them, according to proceedings of a meeting of the Senate Standing Committee on Finance.

However, the commerce ministry spokesman said negotiations with China were still under way and it would be premature to say how many tariff lines would come under zero duties. “Pakistan has not yet shared final offer list with China,” he said.

The FBR has two main concerns. Firstly, it believes that the proposed 75% reduction in customs duty will adversely hit its revenues.

But Adviser to the Prime Minister on Finance Miftah Ismail said on Friday the government would not care for the revenue loss because the FTA-II would help increase Pakistan’s exports to China from the current $1.5 billion to $9 billion. The FBR’s second concern, which was also shared by the BOI, is the expected negative impact on the domestic industries.

Under the second phase of CPEC, industrial cooperation is expected to expand through the prioritised SEZs across Pakistan. However, according to the sources, Chinese companies will not set up their units in Pakistan when they can sell their goods at zero duties and will have better facilities and ease of doing business in China.

A report of the State Bank of Pakistan (SBP) underlined that CPEC may see relocation of complete industrial units and transfer of technology – include low-end textile manufacturing and basic food processing units – from China to Pakistan.

But all this is now at stake due to the FTA-II, said the sources. China-Pakistan trade volume, which stood at $4 billion a year before signing the FTA in 2008, peaked to $15.6 billion in 2016-17. Pakistan’s exports were only $1.5 billion in the last fiscal year while imports from China were $14 billion, according to Chinese statistics.

Pakistan does not have much to offer to China, therefore, the country will be a net loser from the FTA-II, according to sources.