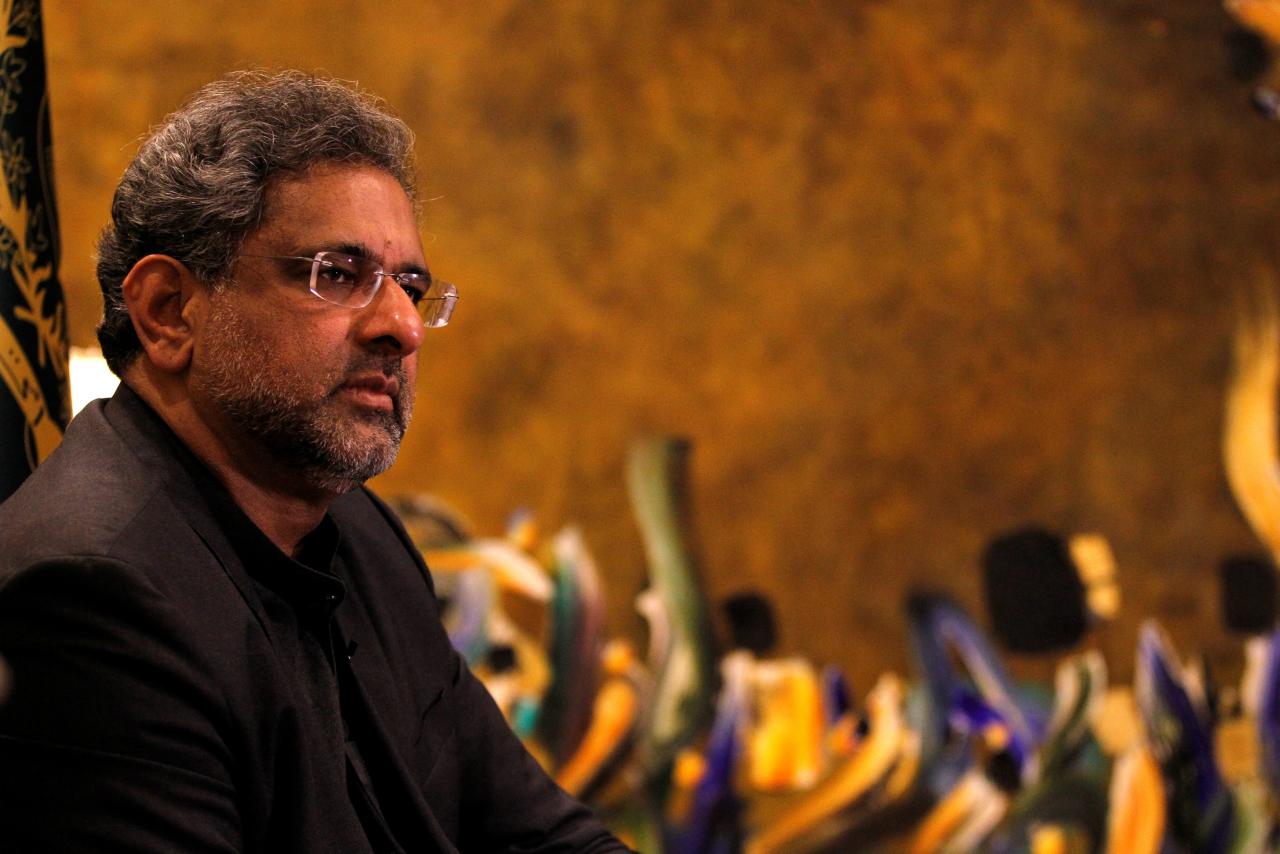 On Wednesday, Abbasi quietly left for the US on a six-day visit, which triggered reports that Abbasi “had some serious business” with powerful individuals in the Trump administration in a bid to win their support in battling multifaceted political crises facing the Pakistan Muslim League-Nawaz leadership in general and the Sharif family in particular.

While no formal word came from the Prime Minister’s Office or Abbasi’s spokesman regarding the visit’s motives, PM’s close aides informally told journalists that the visit was personal in nature as he had gone to be with one of his sisters, who was scheduled to undergo surgery in Philadelphia on Thursday.

However, Abbasi’s unannounced meeting with the US Vice President Mike Pence raised eyebrows. Some media reports claimed that Pence told Abbasi that Pakistan needed to ‘do more’ in its battle against the Taliban.

Discussions with government officials suggest that the PM’s visit might entail ‘other dimensions’ outside foreign policy issues involving Washington and Islamabad.

“There’s more to the story than meets the eye,” claimed a government official, who once served on a diplomatic assignment in the US.

“Heads of states or governments do pay low-key visits in pursuit of their diplomatic objectives, but they are accompanied by teams of dedicated advisers –foreign policy experts, diplomatic and intelligence officials who render support in the related meetings. No president or PM is in a position to take a solo flight on crucial matters of state interest.”

In Abbasi’s case, no government official is accompanying him on the tour to the US except his chief security officer, the source said.

“For someone who became prime minister only a few months ago and hardly understands the complexities of international diplomacy, paying a secretive visit to the US to pursue foreign policy objectives is highly unlikely. Given that he (PM) had to meet a person as senior as the US vice president, and that too without the support of his official team, it is too idealistic to believe.”

Political analyst Kanwar Dilshad also seconded this viewpoint. “The media reports regarding Vice President Pence demanding of Abbasi to do more against Taliban are for public consumption. In reality, what really transpires in these meetings never meets the public eye.”

Dilshad said Nawaz Sharif and Shehbaz Sharif paid a low-key visit to Saudi Arabia a few months back in a bid to woo the support of Saudi royals in dealing with the problems they confront back home. “Countries like the US, Britain and Saudi Arabia enjoy a great deal of influence in Pakistan’s politics. When our ruling elite are in trouble, they reach out to either Western powers or Arab dignitaries for help.”

Dilshad, who retired as a federal secretary a few years ago, said Abbasi’s meeting with the US vice president on the apparent pretext of discussing official matters while on a private visit was in violation of the Rules of Business. “[In my career,] I have never seen this kind of interaction.  It’s shameful that the PM is told on a personal visit, by an American dignitary, that his government should do more against the Taliban. This is a highly embarrassing episode. The PM should clarify his position immediately after landing into Pakistan—as under what protocol did he meet the vice president on a personal visit? He should take his cabinet into confidence and PM Office should issue a detailed statement regarding the exact motives of the visit.”

PM’s Adviser Amir Muqam, however, attempted to downplay as personal the significance of PM Abbasi’s visit. “Government functionaries make official and informal visits abroad. This is not something unusual. The PM’s personal commitments necessitated his visit to the US.”

When asked about his meeting with the US vice president, Muqam said “Top government officials of different countries do interact with each other officially and informally and discussions take place on a number of issues,” Muqam said while referring to Canadian PM Justin Trudeau’s recent week-long visit to India along with his family in which the Canadian PM also met his Indian counterpart Narendra Modi and other government officials.