Most bootle­ggers say busine­ss seems to be expand­ing due to a relati­vely new breed of custom­ers — the youth.
Sunday Magazine Feature
By Musab Memon
Published: May 15, 2011
Tweet Email 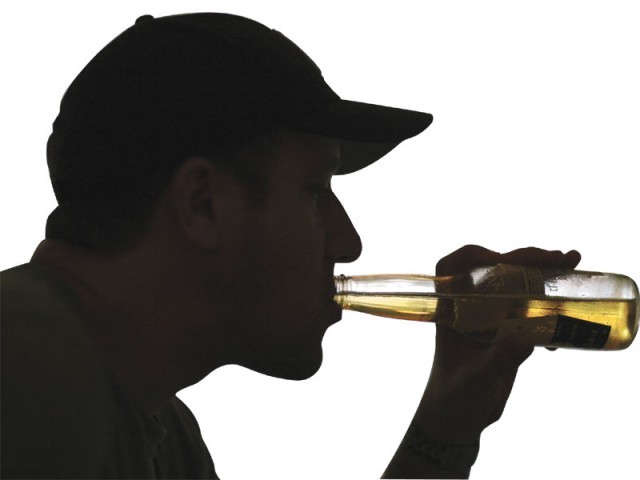 Most bootleggers say business seems to be expanding due to a relatively new breed of customers — the youth.

It was the fall of 2007 in Lahore. Seven college boys sat in two cars and took off. The drive from Defence to the railway station takes around 45 minutes, given the usual traffic. When they were almost at their destination, one of the boys got a call.

“Imran just got shot. I think it was a police raid. A crackdown.”

The boys were disappointed.

“We need the booze — there will be around 60 people coming!” they insisted.

One of them dialled another number in desperation.

“Salu, is your brother okay? We are here. We ordered 12 bottles. What now?”

The boys were pretty sure they wouldn’t be getting their delivery, given the circumstances.

Fifteen minutes later, the boys were heading back to their party, bearing the bounty they came looking for.

The story didn’t end the way you thought it would, did it? A bootlegger makes a commitment, and then he gets shot. What are the chances that his previous commitment on the transaction will come through? Bootlegging isn’t an organised business, after all.

But you’ll be surprised at how organised the system of bootlegging is at times. Bootleggers always make use of backups, alternatives and Plan Bs, just like in this case, where the bootleggers didn’t disappoint, and the show went on in full swing.

With the population of Pakistan’s major cities swelling year after year, and coupled with the wealth accumulated in these urban areas, the demand for high-end foreign alcohol is very much in the increase.

And while the consumption of alcohol is by no means restricted to the ‘elite,’ this class finds a way to enjoy the same liquor they can buy abroad, with a little help from their friendly neighbourhood bootleggers.

Pakistan, more specifically the urban centres of Lahore and Karachi, now experience one of the most organised forms of buying and selling alcohol that the country has witnessed in decades. Bootlegging has become a well-structured and lucrative business, drawing more customers in the last couple of years than ever before.

“This profession used to be dangerous and extremely risky. No one wanted to do this for a living. But now it’s good money. And it’s safe,” says Shatir Sikander, a bootlegger in Karachi’s Defence area.

“We have the ‘khancha’ (setting) with the authorities in many areas. As more and more people demand alcohol, the industry automatically finds loopholes in the system,” he continues.

According to some bootleggers, increased demand for alcohol in the last couple of years has enabled the business to withstand crackdowns better, as this underground economy, through the simple methodology of trial and error, has reached a very stable and organised stage.

There are multiple reasons for the controlled and well-thought out spread of this underground industry, which is, of course, illegal in Pakistan.

The business remains lucrative for new entrants, who continue to join the bootlegging profession, because competition is very high. The illegal nature of the business means that it is almost impossible to assume the existence of a formal union or other kind of barrier to entry.

It is also easier to join the field as a ‘small fish’ because that is essentially what everyone is — bootleggers, because of the nature of the business, cannot take advantage of ‘economies of scale’ and grow beyond a certain point. Businesses tend to make profits and reduce costs as they grow in size, but with bootlegging, these basic principles of economics don’t apply. Any increase in the activity of any one bootlegger poses a great threat to his own survival because the industry as a whole still remains candidly vulnerable to crackdowns.

This doesn’t mean, of course, that bootleggers don’t benefit from increased demand.

“First, I used to own a bike. Two years ago I bought a rickshaw. Now I have this Bolan,” says a Lahore-based bootlegger, pointing at his white, second-hand mini van.

Most bootleggers agree that one of the main reasons why business seems to be expanding is due to a relatively new breed of customers — the youth. Previously, consuming alcohol largely remained the domain of the relatively older business class in Pakistan but now young people — perhaps as many foreign graduates return home — are seeking to get their hands on more alcohol, more frequently.

This is something that bootleggers in both Lahore and Karachi have brought up. The common theme that surfaces when I contact both the cities’ bootlegging businesses is the fact that an influx of customers aged between 18 to 25 has increased over the last decade, which has, more or less, transformed a few transactions into an effective business. Most bootleggers agree that in order to cater to the increasing demand, many of them have had to expand their businesses in the most unconventional ways.

In fact, bootleggers have to be more innovative in Lahore, because while wine shops throughout Karachi offer beer, vodka and whiskey produced in local breweries, the bootlegging profession in this city is quite different from the one in Lahore, where all types of alcohol, local or foreign, must be bought through bootleggers.

For this reason, bootleggers have started relying more heavily on technology to help get in touch with customers. Latest additions that cement the network and make it more effective include the use of SMS, Blackberry services and emails to inform clients of the latest prices, brands of alcohol available and any discount offerings.

Organising illegal activities poses many threats though — the first is anonymity. For this purpose, bootlegging still remains a predominantly social activity, closely knit through an intimate network of familiar people. It is unlikely for a bootlegger to cater to your demands if you call him up without a reference or a common friend who introduces you two.

One major change that has brought about a revolution in the alcohol industry and made life easier for bootleggers though, according to Sikander, is bulk buying.

“People in Karachi don’t like to go score one bottle and come back again and buy another one three days later,” he says. “Customers seek convenience and in the last couple of years people have started a new culture of buying in bulk.”

Bulk buying, for customers and bootleggers alike, has transformed the industry. Bootleggers have started buying vehicles in order to transport the contraband to the houses of customers for safety, and customers enjoy discounts for buying in bulk.

One bootlegger moonlights as a worker in a consulate in Karachi. He tells me that embassies have made buying and selling alcohol relatively simple in recent times.

“Much of the alcohol you see in the city comes from the port under the name of embassies, and from here we can leak it into the city for profit. It is a very organised supply chain management system in progress.”

While multiple reasons may exist, bootlegging continues to be an industry that is becoming more widespread and organised as years go by. A friend tells me about how his bootlegger once came over to deliver the goods to his house in a brand new Range Rover.

He says with a smirk, “You can get anything and everything done here as long as you know the right, or the wrong, people.”