Not a drop to drink?

Not a drop to drink?

Despit­e laws and social taboos, there is no shorta­ge of either alcoho­l or alcoho­lics in Pakist­an.
Sunday Magazine Feature
By Saba Imtiaz
Published: May 15, 2011
Tweet Email 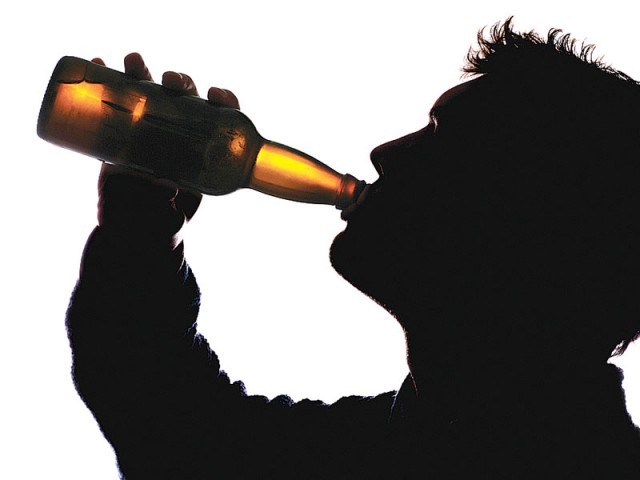 Despite the taboo, rehabilitation centres for alcoholics have cropped up in recent years, but can they really help?

“My life was ruined,” says Zarak*. A man in his mid-50s, he is currently undergoing therapy at the Willing Ways rehabilitation facility in Karachi. “I felt I was powerless. I went for treatment to the Aga Khan University Hospital four times but I could only hold off on the alcohol for 15 days — 30 at the most. I would be back to drinking after that.”

Zarak speaks haltingly as he recalls how he ended up in the sterile rooms of the rehabilitation facility. “I realised five years ago that the alcohol was controlling me, I was not in control. I would drink and argue with my family and in the morning I would promise never to do it again. Of course, I’d be back to drinking the next day. My relationship with my family suffered. So did my business — you can’t really work if you are out drinking till 4:00 am.”

He had to kick a habit built over a lifetime. Zarak started drinking 20 years ago with friends that he can now never see again. “This is part of the treatment at Willing Ways,” says Dr Murad. “You cannot meet ‘slippery friends’, bootleggers or go to places you used to drink at. We recommend total abstinence — even smoking cigarettes is considered a sign of relapse.”

Alcohol consumption by Muslims was banned in Pakistan in the 1970s but though forbidden by law, the practice is virtually impossible to uproot. There are 200,000 alcohol consumers in Karachi alone, according to an estimate by Dr Wakeel Murad, who heads Willing Ways’ Karachi chapter and “at least 10 per cent are alcoholics.”

Tahir Ahmed, who runs Therapy Works, one of the most well-known rehabilitation facilities in Karachi, contends that it is “statistically impossible” to estimate the number of alcoholics in the city. “People are drinking all kinds of liquor, from country (desi) liquor to the locally produced alcohol to foreign alcohol that they get from bootleggers, depending on their income bracket.”

But while the actual numbers are a subject of debate, there is little doubt that they are on the increase.

“Alcoholism is rising in alarming proportions in Karachi,” Ahmed says. “You have 14-year-old girls doing tequila shots. The stresses in the environment, within a family and outside, have increased. The cost of living, financial struggles and daily problems, as well as personal factors including the individual’s relationship with the family are contributing towards this. It makes people move from social to dependent and then to abusive drinking.”

According to Ahmed, “Abusive alcoholism usually begins after a sustained period of social drinking — at least 10 to 15 years. However, people also combine drinking with drugs in an attempt to get a greater ‘kick’. Younger clients use cannabis, between the ages 30 and 40 it is cocaine and for older people it is heroin. As their tolerance increases, they want something stronger to give them the same feelings of social disconnect.”

Dr Ishaque Sirhandi, the secretary general of the Pakistan Psychiatric Society, says alcoholism tends to be prevalent among the upper and upper-middle classes. “In the lower income classes, there is polydrug dependency — people are mixing different intoxicants.”

Rehabilitation facilities have cropped up in Pakistan in recent years. Therapy Works, which opened in 2002, has treated male and female patients of all ages.  At Willing Ways the majority of alcoholism patients are men aged between 40 and 60, though they have treated men as young as 25 as well as a number of women.

Dr Sirhandi believes many clinics are just “lavish bungalows with beds for patients, who are kept for 20 days or so and then ‘discharged’. Of course they are going to relapse. They don’t have any trained staff and often no psychiatrists. Now even if they do manage to get rid of someone’s drug or alcohol dependency, they are not equipped to deal with any psychiatric disorders that they may have.”

“The lack of psychiatrists and the government’s apathy are partially responsible for the current state of affairs,” he says. “There are 450 psychiatrists for a country of 180 million people. There need to be well-designed rehabilitation centres, qualified personnel and public-private sector partnerships. Otherwise in the next two decades we will have huge issues dealing with this.”

Despite the prevalence of alcohol and alcohol abuse, alcoholism is still considered a taboo. “Society does not accept alcoholism as a disease,” Dr Murad says. Gossip and innuendo about alcoholics often continues even after they have gone through rehab.

Dr Sirhandi says, “Look at the terms used for people with drug dependency issues — sharabi, mawali, charsi, jahaz. Our society needs to treat people with respect like they do abroad. Alcoholism is a disease. When a patient with any illness — diabetes for example — comes home from the hospital, the family flocks around him. Someone runs to get food while the other massages the patient and relatives bring fruits and flowers. But when an alcoholic comes home, the family views the person with suspicion, neighbours disassociate themselves from him/her and he/she can’t get a job because organisations won’t hire someone who had drug-dependency issues. Patients relapse because they feel they are being victimised for something they haven’t done or aren’t responsible for. Families and communities need to trust people after they have gone through rehabilitation.”

“The worst is the denial of it,” Tahir Ahmed laments. “Schools don’t want to talk about it and neither do families. They let the patient deny he is an alcoholic because of their own denial. We only treat minors when they come in with their parents, but if the schools have referred them here, the parents invariably try to play it down. They will make comments like ‘All the kids do it’ and ‘We don’t know how this happened’. Instead of investigating, they will deny and absolve the child. With older people, the reasons are different: ‘I’m drinking with my own money’ or ‘I’m functioning properly’.”

“There are also people who are benders. They stay sober five days a week, start drinking on Saturday and continue till Sunday evening. On Monday morning, they have a hangover and carry on until Saturday rolls around again,” Ahmed states. “The reason people drink is that they want to disconnect with themselves, that they find themselves so unacceptable that they do not want to feel a certain way. That is why we work a lot on self-acceptance and improving their self-esteem.”

Zarak says, “People know that I have undergone treatment. Sometimes I feel inferior when I am talking to others, but I know this is something I have to work on.”

Alcoholism, according to Ahmed, finds its roots in shame-based behaviour. “Even where it is socially acceptable to drink, it is still considered to be illegal and in the upper-middle class, it is believed to be immoral, because of what religion dictates.”

Dr. Murad cautions against looking at the problem simplistically, saying that alcohol is a mood elevator for many people, and that simply consuming alcohol does not mean that one is an alcoholic, “There are certain benefits to alcohol and drugs,” Dr Murad asserts. “That is why 90 per cent of people enjoy alcohol, and this disease only hits 10 per cent of people.”

Therapy Works stresses on maintaining complete confidentiality of clients.  They have clients who walk in for treatment or are brought in by spouses or siblings. Referrals come through the grapevine, as well as psychiatrists, hospitals and schools — which will refer students found drinking alcohol on campus. It also has a strong relapse prevention programme and therapy includes incorporating positive influences in your lifestyle, such as exercise and work.

Murad is quick to point out that alcoholism is a disease: “Research shows that drinking alcohol produces a toxin that makes people act a certain way. He cites research to show that alcoholism “could also be part of your genetic code and environment. Children of alcoholics are three times as likely to become one if they find an enabling environment. Of course even if it is part of one’s genetic code, if you do not find an environment, you won’t become an alcoholic.”

Ultimately, the problem lies in whether alcoholism is viewed as a disease or simply a vice, and it is this failure to perceive the true nature of the problem that prevents many from getting treatment. The sheer stigma of having an alcoholic in the family means that some would prefer to keep the problem under wraps rather than seek treatment.

Willing Ways also works with families on how to manage interventions and bring reluctant patients to the facility. Therapy Works’ Tahir Ahmed is strongly against coercive interventions, which he believes lead to anger and rage and a reaction which invariably leads the client to relapse. “We work on a technique called motivational intervention, which uses the ambivalence in a client — it speaks to the part of the client that says ‘I must stop’.”

Treating alcoholism can set one back many thousands of rupees. Therapy Works charges Rs300,000 per client. The amount covers 12 months of treatment, including a month of in-patient care. Treatment at Willing Ways costs Rs7,550 to Rs12,550 a day, depending on the type of residential room booked, and charges for outdoor counselling are between 10 and 12 per cent of that amount.

“My advice to my fellow alcoholics would be to seek treatment — find a good place and get admitted. It would be my best gift to them,” Zarak says.

*Name has been changed to protect the individual’s privacy