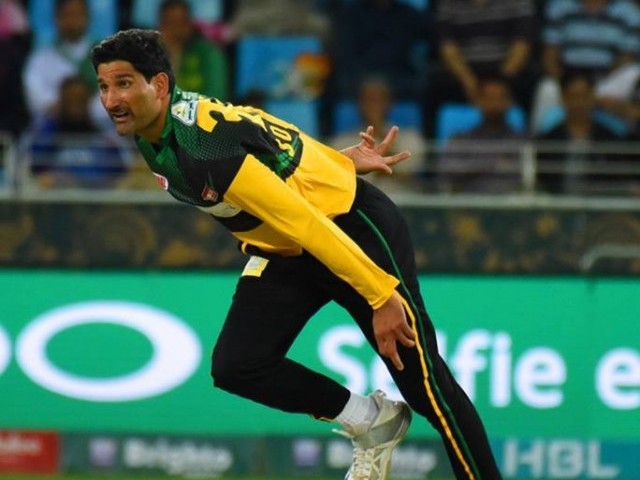 Pakistani left-arm pacer Sohail Tanvir, famous for his wrong-footed bowling action, has said that playing in the Pakistan Super League (PSL) has been the best freelance assignment for him.

Tanvir, while talking to ESPNcricinfo in a video interview, said the feel of playing in the T20 league of his own country Pakistan is the best.

When asked what difference he feels while playing for the PSL franchise Multan Sultans, after representing nearly 15 domestic sides in his freelancing career, Tanvir said: “Well, first thing it is my own league, my own country’s league, that’s the biggest thing,” said Tanvir.

He then continued by praising the presence of pace legend Wasim Akram in the Multan Sultan camp. “If you ask me for the difference, then the biggest difference is that we have Wasim Akram. I think for me and for every left-arm fast-bowler, having Wasim Akram around is a blessing and there is nothing like it.”

Tanvir last represented Pakistan in T20Is in 2017 on the tour of West Indies and has since been out of the national side, which he believes has forced him to go freelancing around the world.

“This is not my choice. It is by force because I had no options. Being a professional you have to play cricket wherever to get a chance. My priority is to always play for Pakistan, but the thing is that I am not getting a chance,” he explained.

“Whenever I got a chance, I delivered as well, but somehow or the other, I don’t know the reasons, but I wasn’t picked. As I said, it is not in my hands,” he added.

However, he is not losing hope of making a comeback. “But this motivates me to do well and show everyone that I am good enough.”

On less participation in Tests

Tanvir believes Test cricket is the ultimate format in the sport, but him not being considered for the five-day format, is not his fault.

Replying to a question of if he thinks he should have played more Tests, Tanvir said: “Well, definitely. As a cricketer I think everyone says Test cricket is the real format. I will say I wasn’t lucky enough to get chances. I only played two Tests, which was in India, and I did well if you see the conditions there. Every fast-bowler struggles in India. Nobody goes there and takes five-wicket hauls. I took five wickets in two matches. I feel I was a bit unlucky, I couldn’t get more chances.

The 33-year-old added that if he had gotten a chance to represent Pakistan in seaming conditions, he could’ve served the team well.

“If you look at my first-class stats, they show that I have the ability to play the longer format. I think if was given chances in South Africa, New Zealand or in England, where the ball seams around, because I am a swing bowler, I could’ve gotten success,” he said.