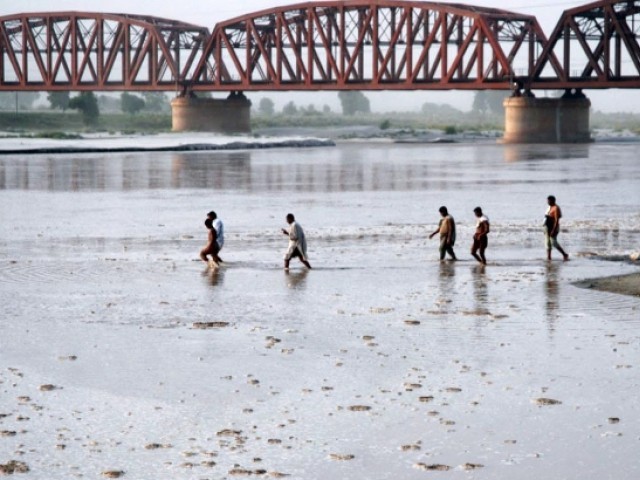 Water level in River Sutlej near Chishtian tehsil is likely to rise to 80,000 cusecs. PHOTO: INP/FILE

MULTAN: Millions of fish seeds at pond area of River Sutlej, near Head Islam, have been damaged due to poisonous and polluted water. Due to disposal of sewerage and poisonous water from Chunian Industrial Estate into the river, millions of fish have died.

He said that water is being polluted due to disposal of untreated and poisonous water from factories, mostly tanneries situated at Chunian Industrial Estate.

Regarding fish contracts, he said that the fisheries department used to earn nearly Rs6.6 million from the annual contracts. He feared that the river water pollution could affect the contract process this year.

The official said the department had informed high-ups about the losses being caused by the untreated water. The situated has also been discussed with the Environment Protection Department, he pointed out. The fisheries assistant director maintained that laws exists which bar the factories from releasing waste material and untreated water into the river.

He said that the factory owners, however, were violating the laws with impunity.