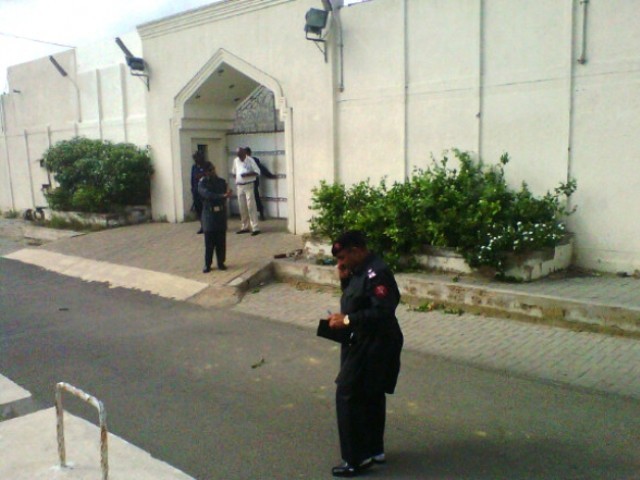 The Saudi Consulate received a mysterious message on Wednesday, when four men on a motorcycle threw two explosive items towards it that turned out to be firecrackers.

Investigators had earlier suspected that they might have been hand grenades.

The alleged assailants were on Honda CG 125 motorcycles. They flung one item that fell into a flowerbed while another one hit the outer security wall, police and witnesses said. No one was injured in the attack.

Three policemen on duty at the consulate have been suspended after the blast as according to the authorities, they failed to take action against the fleeing ‘attackers’.

Several attempts to confirm the nature of the blast and the number of police officials deployed at the Saudi Consulate failed as the operator on duty at the office of the SP Foreign Security Cell, responsible for the security of diplomatic missions in Karachi, cut off calls repeatedly.

No FIR had been registered till 07:00 PM at the Gizri Police Station, which falls under the jurisdiction as the Consulate is located at Khyaban-e- Shamsher.

SP Clifton Tariq Dhaerjo said that the teams are still investigating the matter and hence, it would be premature to say whether the blasts were a result of firecrackers or hand grenades. When asked about motive behind the attack, he said that the investigators were taking into account all clues, including the unrest in Bahrain and other countries.

Pakistan says will not share US helicopter wreckage with China