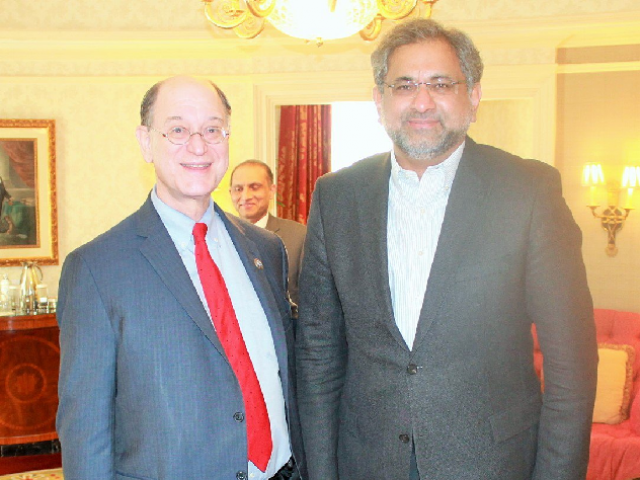 The prime minister is in the United States on a private visit. In a tweet, the Pakistani embassy in Washington shared that House Foreign Affairs Subcommittee on Asia & Pacific Chairman Yoho and Ranking Member Brad Sherman had called on Abbasi.

US seeks ‘real action’ from Pakistan on militant groups

Separately, Sherman also tweeted about having had a “good discussion” with the prime minister on US-Pakistan relations.

As the Ranking Member of the Asia Subcommittee, I had the opportunity to meet with Pakistani Prime Minister Shahid Khaqan Abbasi who is here on an unofficial trip. We had a good discussion on all the issues concerning the U.S.-Pakistan relationship. pic.twitter.com/ITcnKjbgao

President Mamnoon Hussain said on Friday that terrorism had adversely affected Pakistan and cooperating with the US was imperative to curb terror.