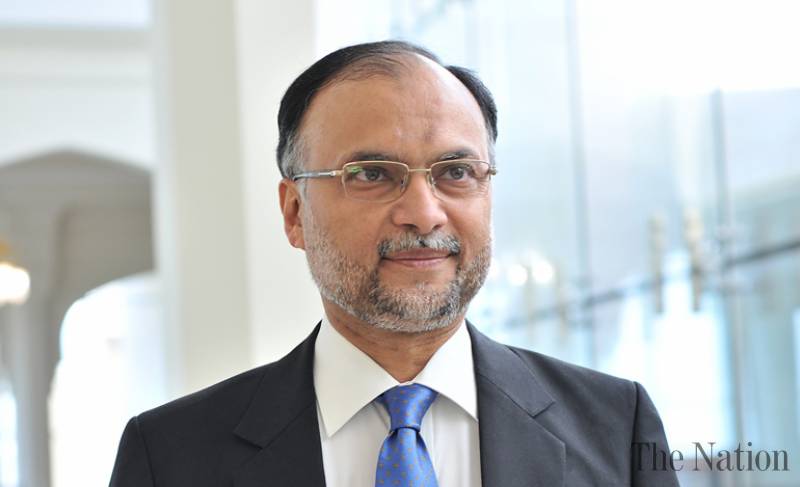 Mass distribution of laptops has helped flourish digital entrepreneurship among the young people of Pakistan, said Minister for Interior and Planning, Development and Reform Ahsan Iqbal.

Speaking at the inauguration of National Centre of Artificial Intelligence (NCAI) at the main campus of National University of Sciences and Technology (NUST) on Friday, Iqbal emphasised the importance of artificial intelligence for modern knowledge-based economies.

Encouraging youth to take up research and education in the fields relating to artificial intelligence and robotics, he mentioned how the federal government’s laptop scheme has changed the knowledge landscape in Pakistan and brought it to one of the leading countries in the world in terms of IT-based entrepreneurship.

NCAI is the latest technological initiative of government under Vision 2025. The centre is designed to become the leading hub of innovation, scientific research, knowledge transfer to local economy, and training in the area of artificial intelligence and its closely affiliated fields, he said.

Approved by the government in January, NCAI is designed on a consortium model where the most leading researchers in the field are identified on competitive grounds and new labs are established under their supervision.

The labs and their respective principal investigators have been selected through competitive evaluation and rigorous selection process carried out by Higher Education Commission (HEC) and Planning Commission of Pakistan. Out of all the chosen top researchers of artificial intelligence in Pakistan,
NUST has been chosen as the lead university on competitive grounds.

In his remarks on the occasion, Lt Gen (retd) Naweed Zaman appreciated the joint efforts of team of researchers from six universities that worked in close collaboration for preparing the proposal of the National Centre. The inauguration ceremony was attended by experts of artificial intelligence both from academia and industry as well as students of artificial intelligence and robotics from various universities across Pakistan.

PSL security under the microscope