Match offici­als’ report on off-spinne­r’s bowlin­g action will be sent to the WICB
By Saleem Khaliq/ Our Correspondent
Published: March 16, 2018
Tweet Email 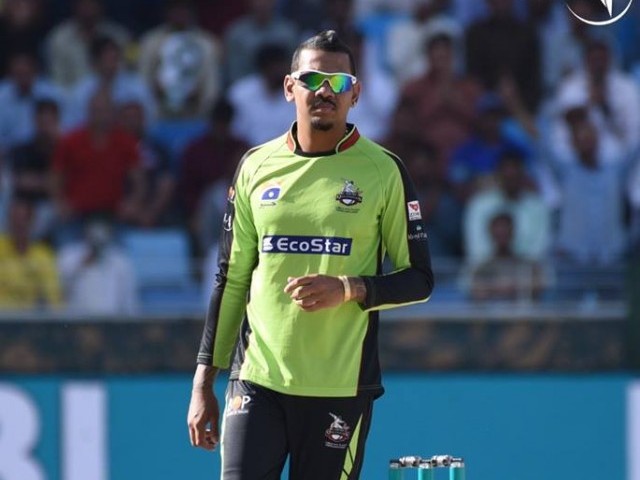 KARACHI: Lahore Qalandars off-spinner Sunil Narine has been once again reported for a suspected bowling action.

The 29-year-old was reported by the match officials after the match between Qalandars and Quetta Gladiators, where he claimed figures of two for 22 in his four overs.

Narine has now been placed on the warning list, but will allowed to bowl in Qalandars’ final match of the tournament where they will play Peshawar Zalmi on Friday.

This is not the first time that Narine has been reported for a suspected bowling action, and the Trinidad and Tobago-born has had to work on remodeling his action on more than one occasion. He resumed bowling after getting clearance from the International Cricket Council (ICC).

The match officials report on Narine’s bowling action will be sent to the West Indies Cricket Board (WICB), where he will go through the process followed by the board in case of a suspected illegal bowling action.

Earlier, Gladiators coach Moin Khan had also accused the veteran spinner of ‘chucking’ after he guided Qalandars to a 17-run win on Wednesday.

While talking to the Daily Express, Moin showed his disbelief that the off-spinner was not reported after the match.

“It was clear that Narine was chucking and it was unbelievable that the officials didn’t report him,” said Moin. “Looking at the high standards set in the PSL, it is not correct to avoid something as evident as that.”

Moin believes that even though his words might not be appreciated in some circles, they are for the betterment of the PSL.

The Gladiators coach also urged the Pakistan Cricket Board (PCB) to make sure that from next season, foreign players should only be signed if they are willing to come to Pakistan.

“I believe the PCB should only sign those players in the PSL who are ready to come to Pakistan,” Moin added. “Because once certain players don’t show up for the all-important playoffs, it disturbs the balance of the side which becomes a real disadvantage for the team.”