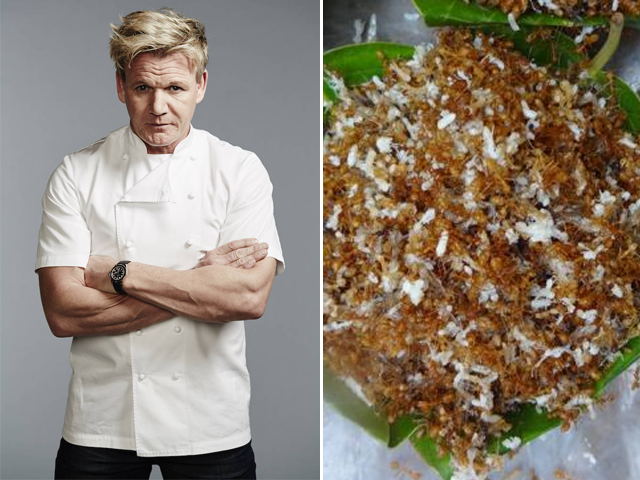 Two famous tribal food items from Bastar in Indian state Chhattisgarh – namely Chapda chutney and Dona Pudga – have made it to celebrity chef Gordon Ramsay’s menu.. Apparently the British cook loved them so much during his trip to India that he decided to bring them home, reports Business Standard.

For the uninitiated, chapda chutney is chutney made out of red ants, considered not only healthy but also good for keeping diseases at bay. The other dish, Dona Pudga, is a dish that has chicken seasoned with basic spices, wrapped in a leaf and roasted over fire. No oil is used in the cooking.

In 2010, Gordon was traveling across India for a documentary on Indian food when he decided to visit Bastar on the suggestion of his assistant, Sarah.

In the 12 minutes he dedicated to these dishes in the documentary, Ramsay termed chapda chutney the world’s best chutney and said both the dishes that he had chosen were extremely healthy.

Ramsay travelled in the Naxal-prone areas of Darba’s Manjhipal on a bullet motorcycle and spent three days and two nights there.

During his stay, he learned about the red ants. He was completely floored by the chapda chutney when he had it with the local Mahua alcoholic beverage. Ramsay’s 16-member team thoroughly enjoyed this food too. 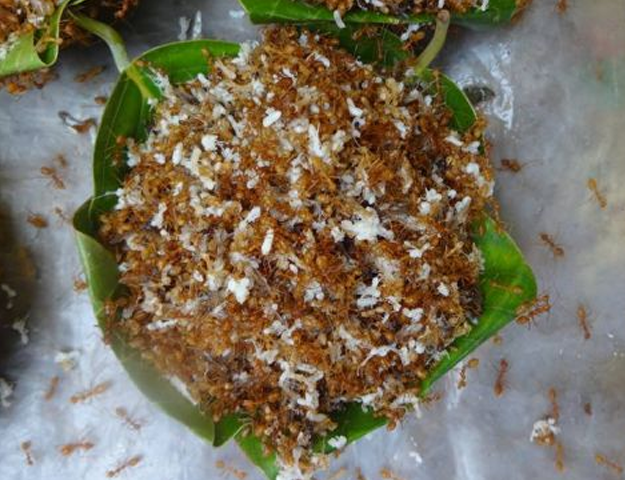 Renowned tour guide of Manjhipal, Rajnish Panikar made the arrangements for the chef’s stay.

Panikar says his wife, Urmila Nag Panikar, a native of Bastar, had prepared these dishes for Ramsay, which got him hooked.

Fantastic Beasts: The Crimes of Grindelwald’s trailer is out now!