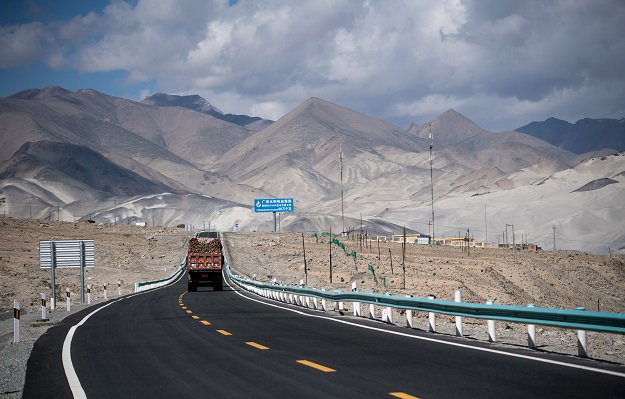 During his recent visit to China, a senator claimed knowing that there was no mention of the western route in the Chinese records of CPEC. The statement fuelled widespread speculations on social media about ignoring Balochistan in CPEC’s development. It is however important to look at the facts and ascertain if these speculations hold any merit.

There are three planned alignments within CPEC: eastern, central and western, routes, with the last being critically important since it runs through underdeveloped areas of K-P and Balochistan. The western route will connect Islamabad-Peshawar (M-1) motorway with Gwadar, through DI Khan, Zhob and Quetta.

Let’s first see if Chinese record has any mention of the western route or if it only exists in Pakistani plans. Initially developed by the Chinese National Development and Reform Commission and China Development Bank,based on an earlier much detailed document, CPEC’s long-term plan has been publicly released. The approved LTP therefore is a direct reflection of Chinese plans.

The LTP clearly mentions construction and development of DI Khan-Quetta-Sohrab-Gwadar road, while the Sukkur-Quetta link forms one of three critical axes of CPEC. The LTP also mentions developing Quetta as a key node, besides other cities, as well as establishing the western logistics corridor business zone. The detailed version describes this as the zone for logistics, mineral exploration and ecological conservation encompassing Gwadar, Quetta and DI Khan. With so many details in the LTP, it is hard to believe that the Chinese are unaware of the western route.

Let’s also look at the progress made so far on the western alignment. The 1,153km-long route consists of four parts. The first is the 280km-long Hakla–DI Khan Motorway (also known as Brahma Bahtar-Yarik Motorway), starting from Hakla interchange on M1 and culminating at Yarik, DI Khan. The contract to build this 4-lane road was divided into five packages and awarded to various contractors, including NLC, FWO and others. The construction on various parts is underway.

The second part comprises the already existing N-50 National Highway between DI Khan and Quetta passing through Zhob, which is being upgraded under the Asian Development Bank’s National Highway Development Sector Investment Program. The third part includes 470kms of upgrades to N-25 highway from Sorab to Hoshab near Turbat, which is also reportedly complete. The fourth and the last part is M-8 motorway between Hoshab and Gwadar that has also been built. The under-construction part of M-8 will continue all the way to Khuzdar creating an alternative route. The western route may be getting bulk of its financing from sources other than CPEC, but considering the substantial physical progress on ground, it becomes quite clear that the western route is a reality and remains a core priority for the government.

There is however a need to look for underlying problems that have caused such speculations. The government’s policy to share minimum information with the public has caused some serious mistrust. The public disclosure of LTP by the planning minister was a good step but there is a need to share more. For instance, the official CPEC website still shows that land is being acquired for N50 but the project is way beyond that stage. Similarly, there is no mention of Brahma Bahtar-Yarik Motorway on CPEC’s website. The website also does not clearly explain how these routes have been divided into various packages and the progress made till now.

Moreover, at a deeper level the issue is of the sense of deprivation of Balochistan being the least-developed province. More than 7 out of 10 people in Balochistan live in poverty, as compared to three-four in Punjab and Sindh. It has the highest illiteracy rate, lowest immunisation coverage and lowest number of households using electricity as source for lighting or gas as main fuel for cooking. There is an immediate need to attend to these development disparities and ensure that the province is fully integrated into future economic development plans. A peaceful and prosperous Balochistan is central to CPEC’s success, without which the project’s benefits can never be reaped.

Science is booming in our neighbourhood!