There is "some probab­ility" that there will be anothe­r Dark Ages, partic­ularly if there is a third world war
By AFP
Published: March 12, 2018
Tweet Email 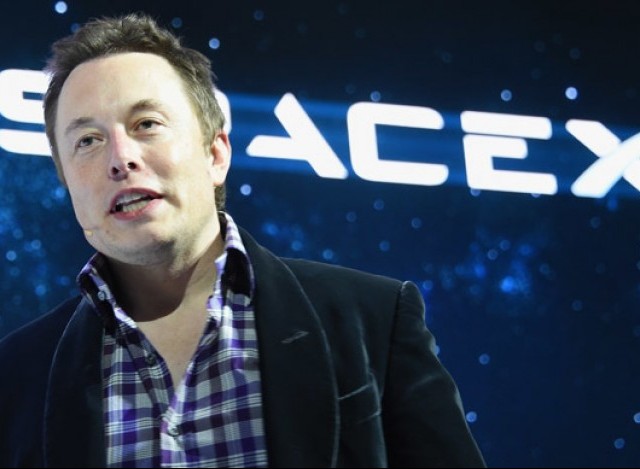 Musk, the founder of rocket and spacecraft company SpaceX, said the company's interplanetary ship could begin test flights as soon as next year. PHOTO: AFP

WASHINGTON DC: Bases on the moon and Mars could help preserve human civilization and hasten its regeneration on earth in the event of a third world war, billionaire entrepreneur Elon Musk, said on Sunday.

Musk, the founder of rocket and spacecraft company SpaceX, said the company’s interplanetary ship could begin test flights as soon as next year.

There is “some probability” that there will be another Dark Ages, “particularly if there is a third world war,” Musk said at the SXSW conference.

“We want to make sure that there’s enough of a seed of human civilization somewhere else to bring civilization back, and perhaps shorten the length of the Dark Ages,” he said.

“I think a moon base and a Mars base that could perhaps help regenerate life back here on earth would be really important.”

Elon Musk to compete to fund high-speed Loop in Chicago

Musk said he thinks that SpaceX’s interplanetary ship will “be able to do short flights, short sort of up and down flights, probably sometime in the first half of next year.”