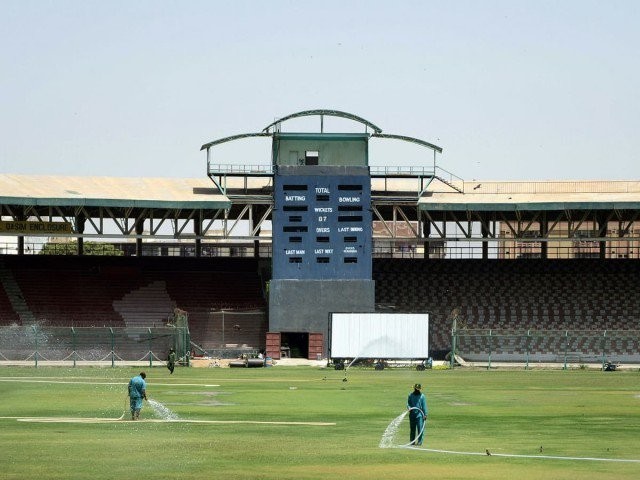 The matches will be played on April 1, 2 and 4th in National Stadium. PHOTO: AFP

“I was under much pressure by marketing department and was being asked about not putting West Indies tour ticket on sale. The reason was that I was in discussion and was working with West Indies Cricket Board day and night and come to a conclusion,” he said.

PCB Chairman added, “Just some hours before they have confirmed that they will play three matches on April 1, 2 and 4th in National Stadium of Karachi,” adding that “PCB was in efforts to bring cricket back in Karachi. This is how we intend to bring Karachi back on map of cricket.”

Talking about the matches that are going to be played in Karachi, he said, “PSL final and three West Indies matches will be held in Karachi. Many people were asking if the stadium will be renovated on time and I have been ensuring them that it will be done. Now with these four up-coming matches, Karachi has lot of cricket coming home so they should welcome them in best way,” Sethi said.

Lahore had Zimbabwe, PSL2 Final, ICC XI and Sri Lanka. Now it is Karachi’s turn to rise and shine with PSL3 Final and WI.

“The trophy will be taken directly to Karachi from Dubai where final will be held with housefull stadium,” he added.

Battle for playoff spots heats up