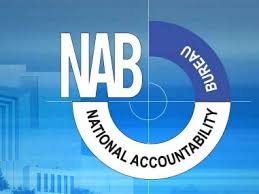 According to a NAB statement, another such inquiry to probe suspicious transaction would also be conducted against Brig (retd) Asad Shahzada.

The Executive Board of NAB authorised some 12 inquiries, two investigations and filing of one reference against accused in 15 different corruption cases.

The bureau also approved an inquiry against the procurement committee that purchased MI 171-E Helicopter for the Balochistan government and caused millions of rupees losses to the national exchequer by purchasing the helicopter on higher rates as compared with the market’s.

Other inquiries are initiated against officers and officials of Sindh Health Department, Abdul Wali Khan University, Land Utilisation, Sindh Board of Revenue, and University of Engineering and Technology, Peshawar.

An inquiry has also been ordered against Messers Baham Associates Private Limited Chief Executive Officer Athar Hayat, who is accused of being involved in money laundering worth billions with the help of an offshore company.

Another inquiry has been ordered against former Balochistan minister Jaffar George, who is accused of corruption and abuse of authority.

Similarly, former DIG Larkana would also be probed for having assets beyond known sources of income.